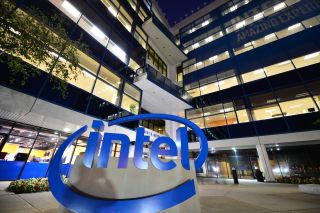 In a sign that Intel's pervasive shortage of 14nm production continues to be a nagging issue, Intel issued a press release today that states it is increasing its use of third-party foundries. The company also notes that the shortages persist even though it has increased production in the "double digits," with no specific end date given.

Sources close to the matter tell Tom's Hardware that the increased production from third-party foundries consists of products other than processors, enabling Intel to focus more of its fabrication capacity on CPUs.

This follows reports earlier this year that Intel planned to outsource production of its 14nm Rocket Lake CPUs to Samsung, which we also confirmed was not the case. Instead, these contracts deal with simpler low-margin chips that ship in high volumes, like chipsets, and other products already fabbed outside of Intel's own foundries.

Intel's disclosure aligns with several statements the company has already made, with a blog penned by Intel's Ann Keller in December 2018 pointing out the practice:

Intel currently uses third-party fabs for several of its products, tapping TSMC's 16nm for Nervana NPP-T, and TSMC's 7nm for its Mobileye and Barefoot chips.

The 14nm chipsets exacerbate the manufacturing challenges in Intel's foundries. In most cases, the company has to create one chipset for each processor, so easing that production load, not to mention the overhead in its packaging and test facilities, would free Intel up to produce more high-margin 14nm processors.

Intel's latest blog post doesn't specify when the shortage will end, but does note that the company is busy allocating more of its resources to boosting both 14nm and 10nm production. That isn't very comforting to OEMs and hyperscalers waiting for shipments of chips, but it also indicates that AMD's continued push into several market segments apparently isn't hurting Intel too badly in terms of volume: The company is immediately selling every chip it can punch out. Instead, the impact of competition from AMD is more pronounced on Intel's balance sheet.

To our customers and partners, I’d like to acknowledge and sincerely apologize for the impact recent PC CPU shipment delays are having on your business and to thank you for your continued partnership. I also want to update you on our actions and investments to improve supply-demand balance and support you with performance-leading Intel products. Despite our best efforts, we have not yet resolved this challenge.

In response to continued strong demand, we have invested record levels of Capex increasing our 14nm wafer capacity this year while also ramping 10nm production. In addition to expanding Intel’s own manufacturing capability, we are increasing our use of foundries to enable Intel’s differentiated manufacturing to produce more Intel CPU products.

The added capacity allowed us to increase our second-half PC CPU supply by double digits compared with the first half of this year. However, sustained market growth in 2019 has outpaced our efforts and exceeded third-party forecasts. Supply remains extremely tight in our PC business where we are operating with limited inventory buffers. This makes us less able to absorb the impact of any production variability, which we have experienced in the quarter. This has resulted in the shipment delays you are experiencing, which we appreciate is creating significant challenges for your business. Because the impact and revised shipment schedules vary, Intel representatives are reaching out with additional information and to answer your questions.

We will continue working tirelessly to provide you with Intel products to support your innovation and growth.