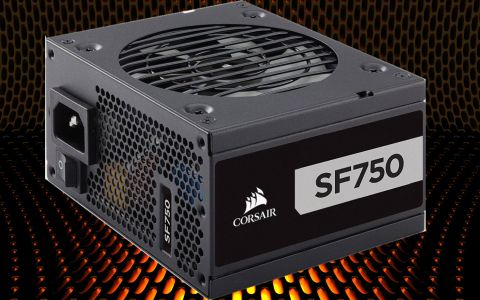 The Corsair SF750 is the strongest, highest-performing SFX-style PSUs you can buy, but you'll pay a huge premium for the wattage.

The Corsair SF750 is the strongest and one of the best SFX power supplies that money can get you today. If you want so much power out of such a small PSU and you can afford its stiff price, there is no other option. It can easily support a potent gaming system and thanks to the couple of EPS connectors that it has, it is compatible with high-end mainboards that need more juice in the CPU's area. In case you don't need more than one EPS connector, you should better take a look at the top-notch SF600 Platinum, which we have already evaluated, and save a notable amount of money. Corsair has set the bar too high in the SFX market, making it very difficult for the rest brands to follow. Even the pioneer in this area, SilverStone, doesn't have, for the moment at least, a 750W SFX model in its portfolio.

After the great SF600 and SF450 Platinum models, both of which we already reviewed, Corsair strikes again with the SF750 which addresses enthusiasts and ultra demanding users, who need a strong, but still-compact PSU. Not long ago it would be crazy just to even think of such a powerful SFX unit, but Corsair along with Great Wall, the manufacturer of all SF models, managed to make this happen and they deserve high praise for their efforts.

In addition to its high capacity, the SF750 offers high efficiency levels, which are verified by its 80 PLUS Platinum and Cybenetics ETA-A certifications. Such a highly efficient PSU doesn't have a problem keeping its noise output low, since the thermal loads are highly reduced. In the Cybenetics scale the SF750 achieves a LAMBDA-A- level, meaning that this product has a fairly quiet overall operation.

All cables are modular and it is nice to find two EPS connectors in a SFX unit. This is the first time that we see such a compact PSU featuring a couple of those connectors. Moreover, the SF750 has enough PCIe and peripheral connectors to support a strong system. Finally, all cables are individually sleeved and there are no in-line caps.

This platform is made by Great Wall and, as you can see in the table above, it uses high-quality components. However, it would be even better if a higher-capacity bulk cap was installed in the APFC converter, allowing for more than 17ms hold-up time.

In the secondary side we find a small number of electrolytic caps, so the majority of ripple filtering is handled by polymer caps. This means increased tolerance to high operating temperatures and a prolonged lifetime under the same conditions. Finally, the cooling fan uses a rifle bearing and it is the same with the ones used by the rest SF models. We expected a fluid dynamic bearing fan to be used in this model, but according to Corsair, the NR092L is reliable enough to survive the seven-year warranty with the help of semi-passive operation.