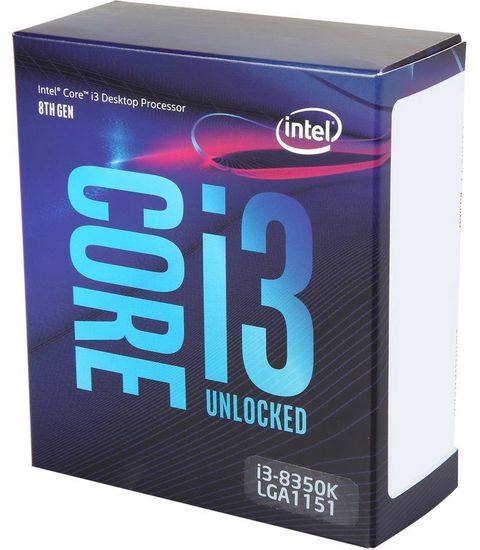 Core i3-8350K performs well, as expected, during the single-threaded Cinebench test. But it isn't nearly as impressive when the workload spreads out over more cores. We do observe a big performance speed-up compared to Intel's Kaby Lake models, including the quad-core Core i5-7400. And the overclocked -8350K is surprisingly competitive with AMD's Ryzen 5 1500X after overclocking. However, the stock 1500X offers more performance due to its higher thread count.

Heavily-threaded workloads are AMD's forte these days, so its Ryzen 5 1600 fares unsurprisingly well in our rendering tests. Even at stock settings, the Ryzen 5 1600 leverages its 12 threads to lead almost all of the threaded benchmarks. On the flip side of the coin, Ryzen 5 1600 rocks the third-lowest boost frequency among our Ryzen line-up, so the stock configuration loses steam during the lightly-threaded tests. The value of AMD's unlocked multiplier is undisputed. But even after overclocking, we're still trading quite a bit of single-threaded performance to gain the impressive performance in rendering applications.

Core i5-8400 provides a solid mix of performance in both lightly- and heavily-threaded workloads.

LAME responds well to higher frequencies, as evidenced by the tight grouping of overclocked models at the top of the chart. Core i3-7350K leads the group at stock settings, with Core i3-8350K close behind. Intel's Core i5-8400 trails most of the test pool, suggesting that it might not be hitting its peak Turbo Boost frequency consistently through our benchmark.

A quick reminder: we tested the overclocked -8350K with a 4.8 GHz AVX offset, which is particularly important in the HandBrake and y-cruncher tests. There's a larger delta between the Intel and AMD processors during our HandBrake x265 test than the x264 test, and it's likely due to the former's heavy use of AVX instructions. Core i3-8350K is surprisingly adept in both workloads, even challenging the Ryzen 5 1500X at stock frequencies during the x264 test run. A quick glance at Core i3-7350K again speaks volumes of the huge step forward Intel took with Coffee Lake.