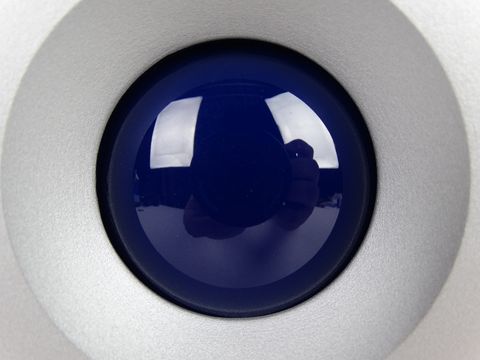 The LaCie 5big delivers excellent performance, and the company built it like a tank. You won't find any plastic here, and that extra weight eliminates hard drive vibrations on your desk. Many of the 5big systems are expensive, but you can always upgrade the drives later as your needs grow.

Thunderbolt 3 debuted nearly a year ago, but Thunderbolt 2 still has a massive user base. The technology wiped Fibre Channel DAS off the map and provided professionals an easy path to high-speed, high-capacity storage. At the same time, many professionals have migrated from the Mac Pro to powerful Windows-based systems like the HP Z Workstation platform. Companies like LaCie have catered to Apple users while keeping a toe in the Wintel waters. That experience positions the company to support Windows users, in contrast to companies that treated Windows users like second-class citizens.

Regardless of your current platform, Thunderbolt offers superior features compared to USB and isn't as expensive as 10Gb Ethernet. Thunderbolt connectivity first appeared on a limited number of PC motherboards designed for audio-video professionals, but over time the high-bandwidth technology trickled down to some mainstream and enthusiast motherboards.

The second version of the technology offers a full-duplex 20Gb/s connection. For the most part, Thunderbolt has been used exclusively for storage devices and monitors (thanks to DisplayPort Passthrough).

LaCie, a Seagate company, is the market leader in Thunderbolt storage. No other company offers as many different models with the technology. We tested the LaCie Rugged RAID, a truly portable Thunderbolt-enabled device, in early 2016. The new 12big pedestal storage system (review coming soon) is at the other end of the scale with twelve hard drives. Seven distinct products, separated by capacity, populate the middle range.

Today we're testing the two flagship Thunderbolt 2 models that pack a large amount of storage capacity in a small package. The LaCie 5big uses a traditional pedestal form factor that fits nicely on or under a desk. The LaCie 8big is only 1.75-inches tall. The 1U 8big was designed for larger installations where using a rackmount system to take advantage of Thunderbolt's pass-thru makes for a tidier installation. The system is based loosely on Seagate's Business NAS, but was given a makeover by Neil Poulton, LaCie's award-winning designer.

The LaCie 5big and 8big Rack Thunderbolt 2 storage systems use Marvell hardware RAID technology. You can align the disks in RAID 0, 1, 5, 6, 10 arrays or chose a simple JBOD configuration. You can also configure more than one array in the system.

Connectivity comes from dual 20Gb/s Thunderbolt 2 ports on the back of each system. Thunderbolt supports daisy-chaining up to six devices. Most host systems feature two Thunderbolt ports for up to 12 devices. This has added meaning for the 8big where users can build a large system in a rack for up to 1.7 petabytes of storage. The Thunderbolt specification supports cables up to 100 meters so you don't have to hear all of those spinning disks in your studio.

The performance varies for each specific product SKU and the type of array you build. The 5big comes in 10TB, 20TB, 30TB and 40TB capacities. The largest come outfitted with enterprise-grade disks. The 8big with eight drive bays ships in five capacities that range from 12TB to a massive 64TB. There are two stops at 48TB, one with, and one without, enterprise disks. The non-enterprise model uses Seagate's 8TB Desktop HDDs and the higher-spec unit uses Seagate's 8TB Enterprise NAS HDDs. The performance is close enough for LaCie to only list the performance by overall capacity. The real difference is in the build quality between the two drives. Enterprise HDDs are designed for environments with increased vibration, like a server rack. They also employ sturdier components and more robust firmware.

High capacity hard disk drives are expensive, and when you need several to fill a device the cost amplifies quickly. The bare LaCie 5big starts at $1,199, but with five 8TB Seagate Enterprise NAS HDDs the final bill comes to nearly $4,000. The 8big Rack with eight drive bays has an even higher ceiling, but it starts at just $1,599. With the sale 8TB Enterprise NAS HDDs the price elevates to $6,899. We used MSRP pricing direct from LaCie for the chart, but there is some retail pricing drift. We found the 8big Rack 48TB for as low as $3,999 at Newegg. That is nearly $300 off the MSRP.

Both systems include a standard five-year warranty.

The LaCie 5big ships with solid support and protection. The 5big features a full retail print allowing users to shop in retail stores with confidence. LaCie provided specification and features lists. Users also get a great look at the system thanks to the images on the front and back.

The 5big comes ready for international travel with a five different power cables that accompany paper manuals and other assorted hardware. the system also ships with a Thunderbolt 2 cable. That will save users the added expense because these cables are not cheap.

The system is identical to the now discontinued 5big NAS other than the two Thunderbolt ports that replace the Ethernet ports. The large blue orb on the front lights up when the system is turned on. You can press the button for a moment to put the drives to sleep or press it longer to shut the system down. There is a red LED inside for more complex operations like resetting the system to factory defaults.

The LaCie 8big Rack isn't the type of product you buy at a local Best Buy or Fry's Electronics store. The system has to ship double boxed due to the size and weight. The system ships exactly like the Seagate Business NAS, a 1U 8-bay NAS that shares the same basic case structure. The drives ship in a closed-cell form fitting foam to reduce vibration during shipping. Under the foam is another layer of protection via form fitting plastic that supports the 8big Rack NAS.

The 8big Rack ships with more accessories. LaCie includes rack rails and mounting hardware. There is also a cable management arm that actuates with the sliding action. The Seagate / LaCie slides are some of the best I've used if you have a square hole rack. The screws and washers fit inside the square holes to hold the rails center. You don't use rack nuts and the tapered screws fit flush allowing the 8big to fit perfectly flush with the rack.

The system also ships with two power cords and a Thunderbolt 2 cable. the cable is the same as what ships with the 5big and is right around three feet in length. This may not be long enough for most installations unless your host system is also in the rack.

Neil Poulton designed an attractive rackmount system but the recessed status and button system could use some work. If your 8big is in the top of the rack the recessed area is difficult to view with another system mounted under. Things get worse if your 8big is at the bottom of the rack. The 8big itself obstructs the view and access to the buttons. The perfect mounting point is chest to eye level. Here you see the status LEDs and can easily work the buttons.

The system features a power, silence and ID buttons. The power button is obvious. The silence button mutes the alarm should there be a problem with a drive or power. The ID button flashes an LED on the front and back of the system. This makes it easy to identify the correct system in a rack with several installed.

The drives slide into space in the forward half of the 8big. There is a removable tool-free cover that users access with two pull tabs on the side. You simple use the thumb screws that allow the rack slides to pull the system out. From there you remove the cover with the pull tabs that unlock the metal top.

The system also features four user replaceable fans should one fail. All of the hardware is hot-swappable so you don't even need to turn the 8big off to replace a disk or fan.

The LaCie 8big we received to test features redundant power and two Thunderbolt 2 ports on the back. Smaller capacity systems that ship with only 4 HDDs come with a single power supply. LaCie offers a redundant power supply kit should you want a dual PSU system.

There are three key software packages included with both the 5big and 8big.

You can use LaCie's administration tool or Marvell's. The Marvell software gives you a little more control with additional features to fine tune the array but the LaCie software is easier to manage. The LaCie management software gives users easy access to 95 percent of the options but it does seem to have a slight delay after issuing a command and that makes it feel clunky.

The second version of the technology offers a full-duplex 20Gb/s connection. For the most part