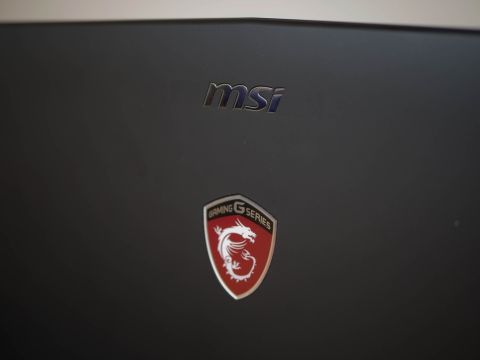 Alien: Isolation isn't particularly taxing to these laptops at 1920 x 1080, and the MSI GP62MVR Leopard Pro averages 121.51 FPS at the game's highest preset. Although the Strix finds itself seated above the Leopard again, the performance difference between the 3GB and 6GB GTX 1060 laptops is negligible at this resolution. Jumping up to a GTX 1070 (in the Gigabyte P37X) will net you over 50 FPS more performance, but when you are playing at 1080p, does anyone really need more than 120 FPS?

Ashes of the Singularity is known to stress the CPU, and the Core i7 and GTX 1060-equipped laptops all fall into the same realm of performance, with only 1.07 FPS between the Leopard Pro and the trailing Strix. The Alienware 15 takes a dip in performance due to its more modest CPU, but it still manages to average above 30 FPS and is only a few frames behind the i7-equipped machines. Once again, the Gigabyte laptop takes the lead with its GTX 1070, but not by a landslide in this game title.

Bioshock Infinite is another title that doesn't provide much of a challenge to Nvidia's latest generation of desktop-class GPUs at 1080p, even at maximum settings. MSI's Leopard Pro averages triple-digit framerates (100.6), with the Asus Strix falling in just behind it with a 97.77 FPS average. Once again, this is a negligible difference at this particular resolution, and the only GTX 1060-equipped system to trail by a noticeable margin is the Alienware 15, again, because of its CPU. However, they all net well-above 60 FPS and pale in comparison to the GTX 1070-equipped Gigabyte P37X.

DiRT Rally manages to bring the GTX 1060-equipped laptops under 60 FPS at 1080p, with the Leopard Pro coming in last place with a 48.07 FPS average. This is one game where the capacity of your GPU's frame buffer (VRAM) makes a difference, even at 1920 x 1080. The CPU performance is equally important, and although the MSI GP62MVR falls oh-so-short of the Alienware 15 (by 0.05 FPS), the results indicate that the component trade-offs at this price point are almost negligible in DiRT Rally at this resolution.

The Strix pulls far ahead of the other GTX 1060s, and even upends the P37X with a higher minimum framerate. We theorize the Asus Strix may perform better because of its cooling, but we will examine that soon enough in our review of that laptop.

Grand Theft Auto V is a game that is guaranteed to crush framerates at high settings, and none of the GTX 1060-equipped laptops are immune to the intense workload's wrath. Average framerates never exceeding 39.59 FPS in any scene. The Leopard's worst scene averages 24.77 FPS, and it fell below the Alienware 15 across the board.

Similar to DiRT Rally, Grand Theft Auto V craves VRAM (even at 1080p), and we predicted such results for the Leopard when we had to disable the hardware limitations to be able to run the benchmark at its absolute highest settings (we exceeded the VRAM capacity with the graphics settings). The 3GB GTX 1060 inside the Leopard Pro just can't hang with the 6GB models in this particular game.

The MSI GP62MVR Leopard Pro regains momentum in the GRID Autosport tests, besting the Alienware 15 laptop and coming within 5 FPS of the Asus Strix GL502VM's minimum and average framerates. All of the laptops average above 60 FPS at FHD.

Hitman is another game that performs better with gratuitous VRAM, so the Leopard's GTX 1060 3GB graphics module doesn't fare as well as the 6GB version of the 1060 GPU in the Strix. However, it still outshines the Alienware 15, which is hampered by its Core i5-6300HQ in this particular title.

The MSI GP62MVR Leopard Pro falls back into line in the Metro: Last Light Redux tests, besting the Alienware's average framerate and falling just below the Strix by a small margin. Needless to say, the Gigabyte P37X v6 is on top again.

Rise of the Tomb Raider is yet another game that eats up a considerable amount VRAM at 1920 x 1080 with maximum settings, and the performance penalty for pushing the limits of the 3GB GPU inside the MSI GP62MVR is sizeable. The Leopard doesn't rule this jungle, and it settles in at the bottom of the chart with unplayable framerates at the highest settings. The Alienware and Strix laptops average close to 30 FPS with their 6GB GPUs, but if you want to achieve comfortable framerates with any of these GTX 1060-equipped laptops, you'll have to turn down the details until Lara looks more like her former, pixelated, early 2000s self.

The MSI GP62MVR Leopard Pro finds itself at the bottom of the chart again, this time with The Division. However, the difference between the Leopard's 44.96 FPS and the top GTX 1060's framerate (the Strix) is less than 2 FPS.

The Thief in-game benchmark is an oddity of sorts, with each of the laptop's average framerate within 7-10 FPS of the other. This seems reasonable until you discover that the Asus Strix comes within a 7 FPS average of the GTX 1070-equipped Gigabyte P37X v6, and that it averages slightly less than 20 FPS more than the Alienware 15, which sports the same GPU. In other words, the difference in CPU performance between the two GPU-matched gaming notebooks is sizeable. Our main test subject, the MSI GP62MVR Leopard Pro, slides between them, averaging 64.1 FPS at the game's highest settings.

Prev Page Synthetic And Productivity Benchmarks Next Page Battery, Thermal And Display Testing
6 Comments Comment from the forums
Be In the Know