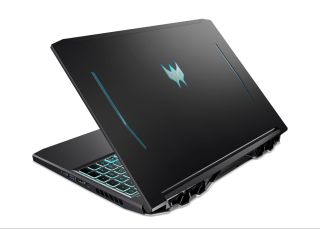 Among the new thin and lights, desktops and monitors, Acer announced its upcoming laptop lineup for 2020 at its Next @ Acer virtual press event. They mostly seem to be updates on existing models, with a heavy focus on Intel’s 10th Gen Core H mobile processors and Nvidia’s RTX GPUs, plus 144Hz and above IPS displays. Four new laptops in total -- the Predator Helios 300, Predator Helios 700, Predator Triton 300 and Nitro 7 -- are coming this year, with Acer releasing one laptop per month starting in July and ending in October.

Both laptops will use 10th Gen Intel Core H CPUs, though Acer only announced specific processor options for the Helios 700. According to the company, Predator Helios 700 owners will be able to choose between an Intel Core i7-10875H CPU and an Intel Core i9-10980HK CPU. As for GPUs, the Predator Helios 300 comes equipped with up to an Nvidia GeForce RTX 2070 Max-Q, while the Helios 700 has options for either a full-sized RTX 2070 Super or a full-sized RTX 2080 Super.

Acer is also updating its thin gaming laptop line with the Predator Triton 300. This laptop shares many of the same specs as the Predator Helios 300, but shrinks them down into 0.8 inches thick, 4.63-pound form factor. Aside from the size, the Triton also ditches the Helios 300’s optional HDD in favor of offering up to 3 M.2 SSDs, but is the same in most other respects. The only other notable difference is that, while we know how much RAM the Helios 300 comes with, Acer has yet to reveal the Triton 300’s memory capabilities.

The Acer Nitro 7 will release last, coming out this October for a starting price of $999.99