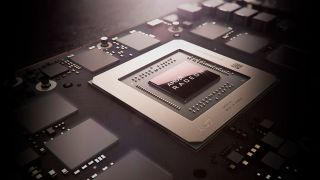 The Windows 10 May 2020 update has started rolling out this week, and although it isn't a game, both AMD and Nvidia's new graphics card drivers add support for the updated operating system. Additionally, AMD's Adrenalin 2020 version 20.5.1 brings support for AMD Link Xinput Emulation and fixes a ton of issues.

AMD Link lets you stream games from your gaming PC onto your mobile device, even allowing you to even play outside of the home on an Android phone. The new Xinput Emulation driver will make an Xbox 360 controller appear in your device manager (even if you don't have one), which should make it super easy to configure games to run on non-keyboard & mouse-based control setups you stream to, such as your smartphone.

When it comes to the fixed issues, you can find the full list of details here for the full list of details. But to start, it looks like AMD's driver team has been working hard to polish out issues with various games on AMD graphics cards, including Destiny 2, Sniper Elite 4, Red Dead Redemption 2, Star Wars Jedi: Fallen Order and Control.