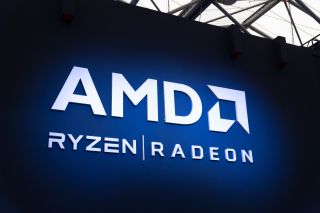 Hardware detective Tum_Apisak from Twitter has dug up a 3DMark entry surrounding the new AMD Ryzen 7 4800U. This is a low-power mobile chip that packs a whopping eight CPU cores, but what's interesting about the entry is that it looks to be embedded in a Microsoft device.

The entry does not detail which specific Microsoft device the R7 4800U was tested in, but it wouldn't come as a surprise to see this year's Surface Laptop come equipped with it. Last year, Microsoft packed mobile Ryzen 3000U chips into the Surface Laptop 3, which we tested with an AMD Ryzen 5 3580U (Microsoft Surface Edition) chip aboard.

Given that the new chips would drop down to the 7nm fabrication process and the newer Zen2 architecture, it wouldn't come as any surprise to see significant increases in performance, thermals, and battery life compared to the 3000U series, which were fabricated at 12nm and Zen+ -- which would translate to significant performance increases for the Microsoft Surface Laptop 4.

But, it's interesting to note that whereas last year's Surface Laptops' AMD chips were special 'Microsft Surface Edition' chips, this one doesn't appear to carry the same denotation. If we may speculate, this could be because TSMC has excellent yields on its 7nm process, and doesn't need to reserve the top-performing silicon for Microsoft. Either that, or this is an engineering sample that's not yet representative of the final product.

AMD's Ryzen 7 4800U is AMD's flagship mobile part, packing 8 CPU cores for 16 threads of performance, coming in at a base clock of 1.8 GHz and boosting up to 4.2 GHz. They come with configurable TDP's ranging from 10 to 25W, along with eight graphics cores running at up to 1750 MHz.

Only time will tell the truth. Given that the Surface Laptop 3 landed in October last year, we'll probably have to wait till after summer to find out what Microsoft has in store for us.