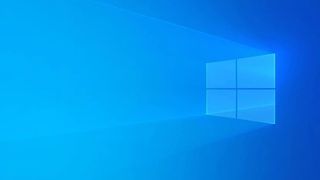 The introduction of more kaomoji should A) introduce the concept of kaomoji to more people and B) make it easier for them to use them. Microsoft addressed the first part by defining kaomoji as "faces with expressions you can make by combining various characters." Anyone who's spent more than a few minutes browsing  forums or IRC channels should probably recognize the company's example kaomoji: ¯\_(ツ)_/¯

Ubiquitous as some of those kaomoji are, they can be frustrating to recreate. So Windows 10 1903 introduced the ability to insert kaomoji by pressing Win+"Period" or Win+"Semicolon" in a text field. Preview Build 19013 adds some more options:

Perhaps more importantly, Preview Build 19013 updates Windows Subsystem for Linux 2 so that "as memory is no longer in use in the Linux VM, it will be freed back to Windows, which will shrink in memory size accordingly." The subsystem previously only grew as required, making it a bit like Alice when she first came to Wonderland. Now it can use the virtual machine memory equivalent to a shrinking potion as well.

Those weren't the only changes made with Preview Build 19013. Microsoft also removed the Bluetooth Low Energy requirement from the Your Phone app's Phone screen feature, released PowerToys 0.12 on GitHub and included the new DirectX 12 features it teased to developers yesterday. The usual bug fixes were made, too, and the full list can be found in the blog post announcing this latest preview build.

Microsoft did warn of a few known issues enthusiasts might want to know about before installing Preview Build 19013. The company said the build isn't compatible with the BattlEye anti-cheat software used in popular titles like Fortnite, so it "applied a compatibility hold on these devices from being offered affected builds." Some people also can't access Settings without using the URI (ms-settings:) to do so.