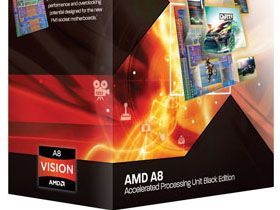 It’s a good time to re-evaluate AMD's flagship multiplier-unlocked Llano-based APU. With the A8-3870K selling for $120, 2000+ MT/s memory cheaper than ever, and performance improvements to the Catalyst driver package boosting performance, the conditions are seemingly right for this processor to shine. Plus, we’re still waiting for the desktop version of AMD’s Trinity APU family to arrive.

We’ve overclocked the Llano design before, but we wanted to step things up and push the architecture's memory controller even harder. After all, that's something that the APU’s graphics subsystem relies on heavily. We're curious: can we squeeze enough performance from the A8-3870K to truly challenge an entry-level discrete graphics card? Is that too lofty of a goal, or can an APU stand up to a Radeon HD 6670 DDR3, which we consider to be the baseline gamer’s card right now?

In order to get us where we want to be, we synced up with Sami Mäkinen, a world-renowned overclocker who holds multiple world records in this arena. We asked him how he gets the most out of Llano.

Don Woligroski: Hi Sami, pleased to meet you. Let's dive right in. To start off, can you give our readers a recommendation on which motherboards work best for overclocking an A8-3870K?

Sami Mäkinen: Hi Don, it’s very nice to meet you virtually. The key motherboard components are the power delivery logic and the memory subsystem. I’ve had good success with Asus' F1A75-M Pro. If I remember correctly, the company's northbridge and GPU power delivery phase have a bit more capacity than some competing models. And an aggressive GPU clock is key for gaming performance.

Don Woligroski: I read your APU overclocking brief, and it looks like memory overclocking on Llano is also one of your priorities.

Sami Mäkinen: Overclockers have taken memory very far on this platform. If I’m not mistaken, the world-record memory overclock might actually be on Llano. It’s definitely a big priority for performance, especially when you start overclocking the GPU.

Don Woligroski: What order to use for overclocking Llano? Do  you start with memory? The GPU? CPU cores?

Sami Mäkinen: Memory is fairly complicated, and it takes a little more time to dial in the right settings and achieve stability. So, I usually start by overclocking Llano's GPU first, leaving other pieces of the architecture stock to begin. The GPU clock is derived from the reference clock, so the BIOS menu gives you the different dividers, which translate to available clock rate values. I start off with the GPU and find its limit, first using the default voltage, and then with small voltage bumps.

Don Woligroski: What’s the ideal voltage to use for overclocking the A8-3870K's GPU?

Sami Mäkinen: If you stick with air cooling, 1.2 to 1.3 V is probably your sweet spot for the northbridge, which also sets the GPU's voltage. I believe the default is around 1.1 V, so start there and increase in five-millivolt steps just to stay on the safe side. At some point, you hit a value that stops helping stability, and actually might make it worse. You might be able to experiment at higher voltages to see if they help, but if you go above 1.4 V, it could potentially be bad for the long-term health of the APU, particularly using the default cooler.

Don Woligroski: After the GPU, what would you do next?

Sami Mäkinen: The CPU can be overclocked quickly, and it's good to know the limitations of each subsystem, so that would come second. We've seen between 3.5 and 4.0 GHz from the CPU cores, up from a stock speed of 3 GHz on the A8-3870K. So, that's quick and easy to verify. Once you know how far you can go, set the cores back to their default (or lower) for memory tuning.

Now, you're in the arena of memory tweaking, which is an entirely different chapter that varies depending on the memory modules you're using, and whether they're 2 or 4 GB sticks and single- or dual-sided.

In addition to the memory, you also have to pay attention to the reference clock. In order to exceed 1866 MT/s, that has to be boosted. There are a few things you need to be aware of, though. Llano's clocks are pretty much tied together. So, if you increase the reference clock, you pretty much overclock everything. Unfortunately, that includes things like PCI Express, Serial ATA, and USB, which complicates the process. We’ve found that if you run a hard disk in AHCI or RAID mode, we find the limit pretty fast, and it's usually between 105 and 110 MHz. However, if you use good old-fashioned IDE mode, 133 MHz usually isn't a problem. That’s basically your way to extend the reference clock margin, which you need for maxing out your memory. Of course, that assumes you're using high-end memory able to exceed 2 GT/s.

You also have to keep your display outputs in mind before messing with the reference clock. VGA is also tied to the clocking mechanism. So, if you increase the reference clock, you may lose VGA. The recommendation is definitely to use DVI or HDMI. Fortunately, that's what most folks use anyway.

To sum it up, you need to be in IDE mode and use either HDMI or DVI output. Hitting 133 MHz should be easy, and you can go up from there, depending on how much your specific configuration can handle.

Don Woligroski: You mentioned memory being more complex. What do you recommend for squeezing the most out of the RAM?

Sami Mäkinen: From a performance point of view, you definitely want to use dual-ranked (basically, double-sided) DIMMs. Single-ranked modules are a little bit easier on the memory controller, but they also sacrifice some performance because interleaving isn't as efficient. Personally, I’d use two dual-ranked 2 GB sticks, totaling 4 GB. That’s probably one of the easiest loads for the memory controller to handle, and it's still enough capacity for today's applications.

To tune the memory, leave most of the settings at Auto in the BIOS and apply key parameters based on the DIMM specifications. You might be able to fine-tune certain timings that give you that last 50 MHz or so. In general, though, most of the memory settings should work well set to Auto. As for voltage, these days, most DIMMs are fine with a slight voltage bump from 1.5 to 1.6 or 1.65 V.

Once you know how far the GPU can go, how far the CPU can go, and how far the reference clock and memory can go, then it comes time to dial in an optimal combination. If the goal is to improve 3D performance, focus on the GPU and memory clocks. Keep the CPU at its default speed or even below, dropping voltage if possible. Basically, you're just trying to balance the load applied to the motherboard. If you slightly reduce power consumption on the CPU side, you might be able to push the GPU a little further.

Thanks to Sami for those pointers on Llano overclocking. Armed with his expert tips, let’s see what we can do.