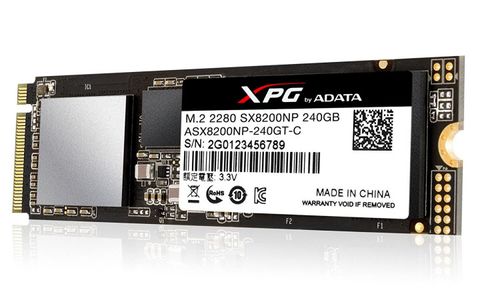 The Adata XPG SX8200 is the best implementation of the SMI SM2262 controller we've seen yet. The extra over-provisioning raises the bar over the Intel and HP drives. We really like this drive, but we also really like the EX920 from HP as well. This is the type of competition that heats up cold wars. We'll see more shots fired if the market keeps heading down this path and shoppers will pick up the pieces at even lower prices.

The SX8200's increased write performance comes at the cost of usable capacity. Intel and HP both gave users the full capacity (e.g., 256GB, 512GB). The XPG SX8200 reserves 7% of its capacity for over-provisioning, but Adata increased the SLC buffer capacity so you will always have a cushion even when the drive is nearly full. You should expect some compromises in this price range, but there are other options if that word isn't in your vocabulary. We spell it "970 PRO."

Adata has a long history of disruptive pricing. The 512GB SX8200 costs $145 less than the 512GB 970 Pro and $45 less than the 500GB 970 EVO. The XPG product line is the company's top-tier "premium" brand, but these products never lose focus on what gamers and many other user types actually look for in a product: above average performance at affordable prices. The company doesn't always hit a home run, but it tries with every opportunity.

Furthermore, the included software suites, better endurance than the Intel 760p, and the long five-year warranty put the SX8200 in a more favorable position. Currently, the SX8200 is the best value in NVMe SSDs.

Adata could do better with delivery, though. At the time of writing we were not able to buy the 1TB SX8200, and even though it was on full display at CES in January, the company hasn't said anything about the 2TB option. We expect the 1TB drive to ship over the summer, but we don't expect to see a 2TB drive until later in the year. 2TB NVMe SSDs should be the centerpiece of every company's Computex display case, so we'll learn more soon. Around the same time, we should see more products with this controller and flash combination. If Adata doesn't deliver a 2TB model, some other company will.