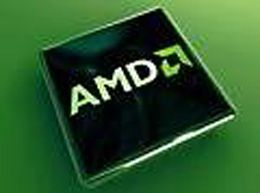 AMD Knows How To Play Its Hand

I have two statements to make, and while some folks will feel compelled to argue the finer points and focus on specific exceptions, I think that they hold up quite well:

We're almost halfway through 2010, and Intel dropped the Gulftown hexa-core bombshell on us a few months ago. If you've seen the benchmarks, you know that when it comes to well-threaded applications there's not much competition for the Core i7-980X Extreme.

You also know that there's no comparably priced ~$1,000 CPU from AMD, a company that offers its top-of-the-line six-core Phenom II X6 1090T CPU to the public for about $310. Actually, there's not much competition for this CPU from Intel either, as the -980X is the lone hexa-core consumer desktop processor in its lineup. AMD, on the other hand, does sell a lower-priced six-core option, the $205 Phenom II X6 1055T.

Once you duck under the $200 mark, AMD and Intel both offer compelling competition. At the $125 price point, Intel's Core i3-530 and AMD's Athlon II X4 635 go head-to-head. These two processors give us a good match-up, with the Core i3 employing a newer, more efficient 32 nm process and two physical cores enhanced by Hyper-Threading technology, while the Athlon II X4 proffers a quartet of execution cores and a relatively high stock clock rate.

AMD hits the hardest at $125 and less. The company offers a number of sub-$110 models that are simply uncontested by Intel: the $100 Athlon II X4 630 is another quad-core CPU priced very aggressively for the budget-conscious workstation users and multitaskers. Under $90, there's the Athlon II X3 440 with a combination of three CPU cores and a high 3 GHz clock speed, ideal for budget gaming rigs and snappy desktop productivity. And under $80, a buyer can have an Athlon II X2 255, with two CPU cores running at 3.1 GHz (fast enough for a relatively-quick desktop tasked with Web surfing and a majority of other mainstream apps).

AMD also has a solid upgrade path in place. Socket AM2+ boards have been available since the beginning of 2008, yet the brand-new Phenom II X6 processors will work in many of these platforms, so long as the manufacturers support them in a BIOS update. As convoluted as the AM2/AM2+/AM3 socket interfaces seemed at their introduction, the strategy is undeniably a boon to the folks who don't want to have to buy a new board every time they upgrade. While Intel has moved between LGA 775, 1366, and 1156, the AM2+ user has had the option to employ anything from the now-ancient Sempron to the Core i7 contender, Phenom II X6.

Of course, we're not saying that Intel has nothing to be proud of; the technology crown is a very splendid thing to wear. And it would be irresponsible to ignore LGA 1156's attractive upgrade path from the lowly Pentium G6950 to the Core i5-750 to the Core i7 860 and 870--CPUs that can certainly compete with AMD's top-of-the-line Phenom II X6 in a great number of applications.

The point is that AMD is making the best of its current hand, and doing a fair job at competing with Intel's lineup using compelling prices. Even more to the point, AMD is keeping the pressure on by releasing a whole new lineup of Athlon II CPUs today. The best part is that all of these new, faster models will adopt the same price points as their predecessors.

Current page: AMD Knows How To Play Its Hand