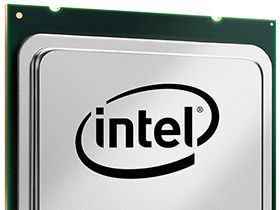 Update (9/3/2013): The following story was originally published on July 16th, 2013. After receiving a second Core i7-4960X sample, we validated the correctness of our numbers and updated the piece with official information from Intel.

Recently, Gartner published numbers showing that shipments of PCs dropped a staggering 11 percent in the second quarter of this year, primarily attributed to tablets replacing entry-level machines. Wall Street, at least, is all doom and gloom about the PC’s future prospects.

But the boutique builders I talk to say that interest in super-fast gaming systems is at an all-time high thanks to the efficiency of certain processor and graphics architectures. So, while now might be a bad time to get stoked about mainstream hardware, performance-oriented power users have some pretty quick components to choose from.

None of this is news to enthusiasts. In fact, two and a half years ago, Intel’s Sandy Bridge architecture was serving up compelling performance under 100 W. Those were exciting times. The Ivy Bridge architecture that followed nudged our benchmark results forward a bit, but dropped power to less than 77 W. That was pretty cool, too. More recently, Haswell added another few percentage points to the performance picture, but bumped maximum consumption back up to 84 W.

Now, if you’re upgrading an old Core 2- or Phenom II-based machine with a $5000 boutique build, the latest parts are going to feel wicked-fast, no matter how incremental the previous two or three generations look on paper. The difference is simply less perceptible to those of us working with these components day in and out.

The point is that, for a do-it-yourselfer like me, Sandy Bridge was exciting, Ivy Bridge a little less so, and Haswell…well, I called that one The Core i7-4770K Review: Haswell Is Faster; Desktop Enthusiasts Yawn.

We all know where Intel’s collective mind is: the mobile space where those Gartner guys are telling us the low-end PCs continue getting slaughtered. In that context, spending $350 on a -4770K and another $250 on an LGA 1150-capable motherboard just to keep up with the Kardashians doesn’t sound so hot.

If, a year and a half ago, you snagged a Core i7-3930K (which won a very rare Best Of award from us in Intel Core i7-3930K And Core i7-3820: Sandy Bridge-E, Cheaper), you’d still be sitting pretty, potentially overclocked to 4.5 or 4.6 GHz, and outclassing the -4770K in a great many threaded applications. You’d also be using the same X79-based platform. And, with the revelation that Intel’s upcoming Ivy Bridge-E architecture will drop into an LGA 2011 interface, you’re also going to face your first opportunity in two years to buy something faster.

From most angles, the Ivy Bridge-E-based parts look a lot like Sandy Bridge-E, except for the adoption of Intel’s Ivy Bridge architecture. That means a handful of IPC-oriented improvements in the core, cache, and memory controller, similar to what we described in Intel Core i7-3770K Review: A Small Step Up For Ivy Bridge. Of course, gone is the emphasis on graphics. That means Ivy Bridge-E is really about the updated core, a memory controller rated for 1866 MT/s (instead of 1600), official PCI Express 3.0 compliance (remember, Sandy Bridge-E only claimed 8 GT/s signaling support), and 22 nm manufacturing. Ivy Bridge-E-based CPUs are also unlocked up to 63x multipliers (versus SNB-E's 57x), you should be able to hit memory data rates beyond 2400 MT/s, Ivy Bridge-E supports XMP 1.3 (compared to SNB-E's XMP 1.2), and you'll have access to real-time ratio, voltage, and power limit settings.

You still get 40 lanes of PCI Express connectivity, divisible into as many ports as you need for four-way CrossFire and SLI. You’re still dealing with a quad-channel memory controller, though the higher data rate increases peak bandwidth to 59.7 GB/s from 51.2 GB/s. And you’re dropping Ivy Bridge-E into the aging X79 Express platform. The good news is that your old motherboard still works; you don’t have to buy a new one. Unfortunately, the chipset only offers two SATA 6Gb/s ports, it doesn’t feature native USB 3.0, and you don’t get to enjoy new capabilities like SATA Express, which is expected to surface alongside Haswell-based 9-series chipsets early in 2014.

Again, Core i7-4960X is a six-core part with 15 MB of shared L3 cache. No doubt that’ll disappoint the folks who were hoping a 22 nm process would make it easier for Intel to arm enthusiasts with eight or 12 cores (it actually does, as we saw in Intel's 12-Core Xeon With 30 MB Of L3: The New Mac Pro's CPU?). But, at the same ~$1000 price point, there’s really no reason to give you a more complex CPU when it’s already charging $1900 for an eight-core Xeon E5-2687W. And so, anyone considering a move from today’s Core i7-3970X can expect an additional 100 MHz base frequency, the same 4 GHz peak Turbo Boost clock rate, and the other incremental improvements.

The Core i7-4820K is a little more interesting. Realizing that there was almost no reason at all anyone would want a multiplier-locked, quad-core -3820, Intel gives its successor an unlocked ratio. It’s still a quad-core chip with 10 MB of shared L3 cache based on a previous-gen architecture in a previous-gen platform. But perhaps the additional PCI Express connectivity, memory bandwidth, and L3 cache, coupled with the ability to overclock, makes the -4820K competitive against Intel’s Haswell-based Core i7-4770K.

And then there’s the Core i7-4930K, which retains six cores, sheds a little of its shared L3 cache (dropping to 12 MB), and drops a little frequency (200 MHz base clock and 100 MHz peak Turbo Boost), but also costs close to half of what you’d pay for the flagship. That’s the model we were most excited about last generation. We reserve some of that excitement today, realizing that enthusiasts who bought a -3930K probably won’t step up to a -4930K for another $500+ dollars.

Curiously, all three Ivy Bridge-E-based parts are accompanied by 130 W thermal design power limits. Remember that the move from Sandy to Ivy Bridge yielded a more complex CPU with a significantly lower power ceiling, thanks in no small part to a shift from 32 to 22 nm manufacturing. Here, we have the same process transition. The die shrinks from Sandy Bridge-E's 434 square millimeters down to 257. Intel even cites a lower transistor count for Ivy Bridge-E (1.86 billion versus SNB-E's 2.27 billion). And yet, this new CPU shares the same 130 W rating as Core i7-3960X and -3930K. Keep an eye on this. Power may just become Ivy Bridge-E’s greatest strength.