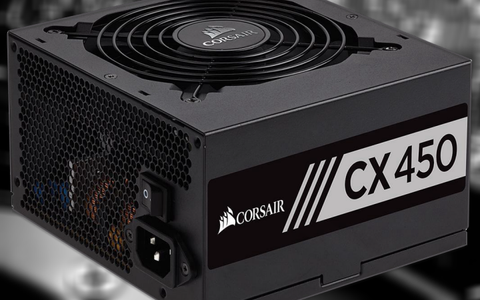 To learn more about our PSU tests and methodology, please check out How We Test PSUs.

The hold-up time was very low, but at least the power-good signal was accurate. CWT's design performed better, despite its lower-capacity bulk cap. However, it still fell short of the 17 millisecond (ms) hold-up time that the ATX spec requires.

The first set of tests revealed the stability of the voltage rails and the CX450’s efficiency. The applied load equals (approximately) 10 to 110 percent of the PSU's maximum load in increments of 10 percentage points.

Both PSUs demonstrated good load regulation. However, Great Wall's version won in this particular comparison. Its fan spun aggressively once the operating temperatures started climbing. But we expected that from a lower-efficiency power supply. On the other hand, though, CWT's fan profile was more relaxed under the same operating conditions.

The two CX450s delivered their full power without any problems at ambient temperatures greater than 46°C (113°F) . And both easily met 80 PLUS requirements for Bronze certification, even under our tough operating conditions.