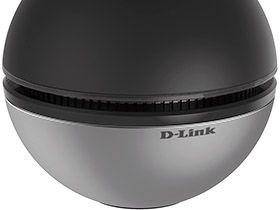 The DWA-192 is clearly designed for the desktop user with a faster router on the 5-GHz frequency. For that common scenario, pay the price of admission, and this adapter is the class leader across all distances. For notebook use, or use on the 2.4-GHz frequency, there are better choices available.

Wireless routers are constantly getting faster. The current crop of enthusiast-oriented models bear an AC3200 designation, which means they're theoretically capable of achieving 600 Mb/s on the 2.4GHz band and 1300 Mb/s on each of the two 5GHz networks. Add all of that up and you get an aggregate 3200 Mb/s, hence the AC3200. In reality though, while those routers tout 3200 Mb/s of throughput, that bandwidth isn't dedicated to a single client. Since you can only connect to one of the three networks, 1300 Mb/s becomes the ceiling for a client connected to the router wirelessly.

Performance is further affected on the client side. Many adapters still communicate over the 2.4GHz band, which maxes out at 600 Mb/s on an AC3200 router. Those that do come with a 5GHz radio tend to have the hardware needed to match the router's capabilities.

With the promise of up to 1300 Mb/s, theoretically exceeding the performance of gigabit Ethernet, we jumped at the opportunity to put D-Link's DWA-192 through its paces.

The DWA-192 has a USB 3.0 port, but it's the micro-USB variety. Our testing showed that it is compatible with USB 2.0 ports as well. It ships with a 36-inch USB extension cable, and no cradle is needed since the adapter is flattened slightly on the bottom to sit on a tabletop or floor. It requires 5V/880mA from the USB port to power it.

The D-Link DWA-192 has two buttons, one of which toggles the blue LED on or off, and the other for WPS setup.

Of the USB Wi-Fi adapters we have tested, this is by far the heftiest. It's also the only sample in our lab with Mac OS support. Of course, enabling AC1900 data rates requires three times as many antennas than we're used to.

Many competitors look a lot like flash drives, while some of the larger models sport external antennas. D-Link's DWA-192 has its own unique form factor, though. Its shape is almost spherical, similar in size to a baseball. We say almost because the bottom is flattened and endowed with a rubberized ring to keep the adapter from rolling away. As you might imagine, all of the DWA-192's antennas are internal.

The chassis is made up of two-tone plastic—black on the upper half and silver on the lower portion. It's a fairly neutral color scheme that should match a lot of your other electronics. The finish is matte-like (or at least as matte as silver can get), protecting against fingerprints.

There's a blue LED-lit band around the middle of the adapter. The USB 3.0 port is on the back, flanked on each side by a button. The left button toggles the light on and off, while the right button is used for pairing via Wi-Fi Protected Setup. The LED provides the following info:

The bundled three-foot USB cable makes it easy to place the adapter wherever it fits best (anywhere other than behind your PC, near your case or lost among a nest of loose wires). While this point is not emphasized often enough, moving the adapter somewhere less susceptible to interference may improve its signal strength, in turn increasing throughput.

The current list price for D-Link's DWA-192 is $129. This makes it more expensive than previous-generation AC1200 adapters, which are generally available around $50. It also carries a one-year limited warranty.