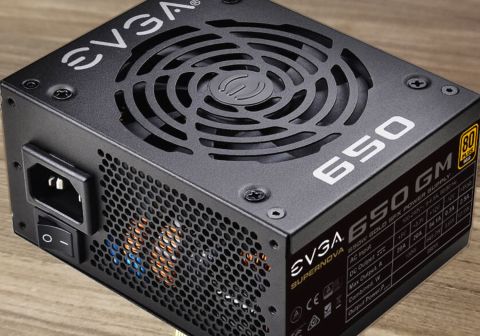 Using results from the previous page, we plotted a chart showing the 650 GM’s efficiency at low loads, and loads from 10 to 110 percent of its maximum-rated capacity.

Overall efficiency looks good under multiple load scenarios. In fact, the 650 GM is actually in 80 PLUS Platinum territory, even though it's only 80 PLUS Gold-rated.

In the following tests, we measure the 650 GM's efficiency at loads significantly lower than 10 percent of its maximum capacity (the lowest load the 80 PLUS standard measures). The loads we dial are 20, 40, 60, and 80W. This is important for representing when a PC is idle, with power-saving features turned on.

The efficiency we calculate under light loads looks great. Even with less than 20W, the platform is more than 70% efficient. In the other three tests, EVGA's 650 GM breaks the 80% threshold.

Power consumption in standby is elevated. That's a shame because it affects the 5VSB rail's efficiency under light loads.

The following graphs illustrate the fan's output noise and speed over the PSU's operating range. The same conditions of the above graph apply to our measurements, though the ambient temperature is between 30°C (86°F) to 32°C (89.6°F).