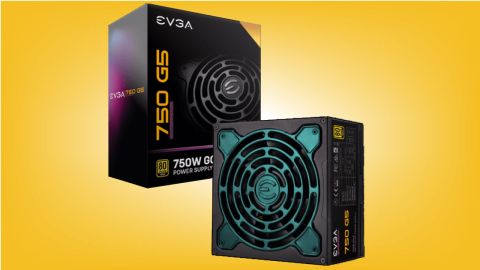 The following charts show the main rails' voltage values recorded between a range of 40W up to the PSU's maximum specified load, along with the deviation (in percent). Tight regulation is an important consideration every time we review a power supply because it facilitates constant voltage levels despite varying loads. Tight load regulation also, among other factors, improves the system’s stability, especially under overclocked conditions and, at the same time, it applies less stress to the DC-DC converters that many system components utilize.

The load regulation is tight on all rails. Unfortunately, we don't have data for the 750 G3 to make comparisons.

Put simply; hold-up time is the amount of time that the system can continue to run without shutting down or rebooting during a power interruption.

The hold-up time is long and the power ok signal is accurate.

The inrush current is low with both voltage inputs.

What makes an impression here is that during the CL1 test, the fan stops to spin, because of the low load, although the operating temperature is close to 42 degrees Celsius. Normally, the fan should spin at low RPM, to cool down the PSU's internals.

The 750 G5 easily meets the corresponding 80 PLUS Gold requirements, even at high ambient temperatures.

In the following tests, we measure the G5's efficiency at loads significantly lower than 10% of its maximum capacity (the lowest load the 80 PLUS standard measures). This is important for representing when a PC is idle with power-saving features turned on.

The efficiency with light loads is low.

Intel plans on raising the ante at efficiency levels under ultra-light loads. So from July 2020, the ATX spec will require 70% and higher efficiency with 115V input. The applied load is only 10W for PSUs with 500W and lower capacities, while for stronger units we dial 2% of their max-rated-capacity.

EVGA states that this unit is compatible with the ATX v2.52 specification, however from July 2020 the same spec will ask for at least 70% efficiency under such light load levels.

Next, we plotted a chart showing the G5’s efficiency at low loads, and loads from 10 to 110% of its maximum-rated capacity. The higher a PSU’s efficiency, the less energy goes wasted, leading to a reduced carbon footprint and lower electricity bills.

With normal loads the unit's efficiency is satisfactory, but this is not the case with light and super-light loads.

The 5VSB is has low efficiency, especially with 230V input.

The vampire power exceeds 0.25W and this is why the 750 G5 cannot meet the requirements even of the lowest Cybenetics efficiency rating. It is a shame to see such high energy consumption at standby, in a modern PSU.

The fan profile is super aggressive when the power supply is pushed hard, under high temperatures.

The passive operation lasts for quite long, but afterward, the fan quickly increases its speed, and with higher than 525W loads, the noise output exceeds 40 dB(A).