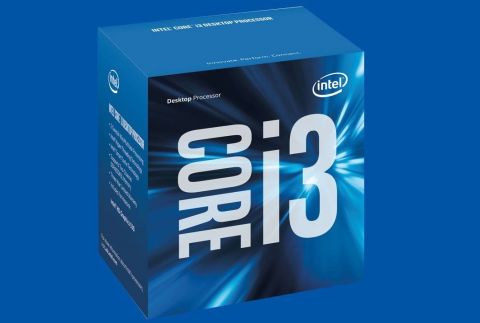 AMD once owned the hearts and minds of overclockers without big money to spend on Intel's extravagant Extreme Edition processors. But then Intel introduced its Pentium G3258 Anniversary Edition, which added an unlocked multiplier to an affordable CPU armed with two very efficient cores. The Core i3-7350K answers critical feedback about the viability of a dual-threaded CPU in 2017 by enabling Hyper-Threading too, but this model's value proposition isn't as clear.

For one, the Core i3-7350K doesn't include a heat sink. And while you don't need a beefy cooler to overclock it effectively, even a moderately-capable thermal solution adds $30 or $40 bucks. We appreciate the unlocked multiplier, sure. But utilizing it requires a Z-series motherboard that also costs more than the B- and H-series platform controller hubs. All of a sudden, true quad-core Core i5s start looking cheaper.

Some previous-gen B- and H-series motherboards employed third-party clock generators that allowed overclocking, but we have yet to see that trend surface for Kaby Lake-compatible motherboards. Z-series boards provide more advanced connectivity options than older systems, such as M.2 and more HSIO lanes, which might compel enthusiasts with older PCs to upgrade. The Core i3-7350K also has the advantage of Intel's HD Graphics 630 with modern encode/decode capabilities.

The Core i3-7350K delivered on our performance expectations with snappy single-threaded performance that provided a great boost in many of our tests. The overclocked -7350K also beat the Core i5-7400 in Ashes of the Singularity. But games well-optimized for threading still tend to favor the i5's extra physical cores. Then again, a mainstream GPU is the most you can hope for in a budget build, so higher CPU performance yields diminishing returns, especially in DX11 games.

Common single-threaded workloads, like many of the Adobe and Office tests, also benefit from higher clock rates. More demanding multi-threaded applications, such as rendering and compression, continue to favor the Core i5 family. In fact, Core i5s and i7s still offer the best performance and value for professional applications.

Due to Intel's slower cadence, higher base frequencies and overclocking headroom are the biggest advantages Kaby Lake has to offer. The Core i3-7350K provides respectable performance at stock settings, but the unlocked multiplier is its main attraction. We could sustain a healthy overclock with reasonable voltages and thermal headroom to spare. Even novice users should be able to reach 4.8 GHz through simple multiplier and voltage adjustments. The i3's Hyper-Threading also adds to the value proposition, but Intel recently added the same capability to the Pentium series, thus blurring its product stack even more.

To complicate matters, Kaby Lake finds us on the cusp of AMD's Ryzen line-up, leaving us feeling like we haven't told the entire story. Intel's maneuvers on the low end suggest it is gearing up for AMD's next move. But its pricing model shows that profits certainly won't be sacrificed. The Core i3-7350K brings a big performance boost to the i3 series and is a win for enthusiasts, but we'd like it a lot more if it came with a lower price tag to offset the additional requirements.