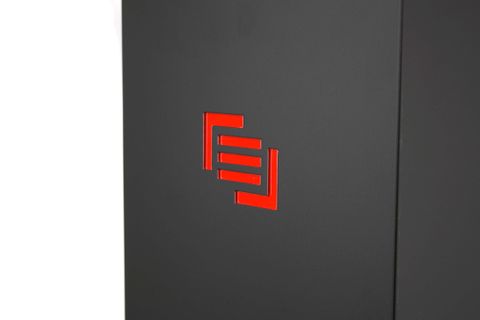 Maingear sent us a powerful 4K gaming PC in the Vybe, and the performance of this premium configuration is a result of the company’s bleeding edge overclocking and pricey component set. Anyone considering a purchase should know that this price range is par for the course from these kinds of top-tier, custom-built gaming PCs, and Maingear was uncharacteristically conservative with the aesthetics of the build it sent us (no paint) to keep the costs down. However, remote-controlled RGB LED lights come free (for a limited time) and individually braided PSU cables give it a decidedly premium look. PCs of this nature won’t appeal to DIY enthusiasts, but average consumers looking for a powerful custom shop gaming rig with a lifetime warranty, expert craftsmanship, and infinite configuration options can be sure to find a Vybe that fits their needs and budget.

Maingear has had a good year. Through partnerships with HP (the Maingear Omen X) and Razer, in addition to former Voodoo CEO and tech legend Raul Sood joining the company, we’ve seen Maingear grow into a brand-name custom shop that offers a plethora of PC configurations, along with its signature hot rod-inspired paint shop.

Although Maingear is most known for its high-end custom water loops and premium automotive finishing, the company debuted its budget-friendly Vybe gaming desktop PC last year, bringing Maingear’s custom PC mastery to a more comfortable price point. Starting at $999 for VR-ready configurations (and $699 for budget setups), the Vybe lacks the custom paint options and open-loop liquid cooling of the company’s pricier offerings, but we wanted to see what Maingear’s conservative side had to offer.

Much to our dismay, Maingear pulled out all the stops with the Vybe configuration it sent us, single-handedly decimating our original expectations with a beast of a gaming PC equipped with an Intel Core i7-7700K overclocked to 5.0 GHz, an NVMe PCIe SSD, and dual Nvidia GeForce GTX 1080 Founder’s Edition graphics cards in SLI. Ringing up for $3,842, this Maingear Vybe gives us an insanely powerful hardware set with everything but the kitchen sink (open-loop cooling and custom paint). Time to see how the not-so-budget-oriented premium configuration of the Vybe performs in our test suite.

The Maingear Vybe in our lab doesn’t feature the flashy custom paint we’re used to seeing with other premium PC configurations from the company (although this can be accommodated, starting at $499), but the modified NZXT S340 mid-tower ATX chassis is eye-catching in its own right. The case’s feet have been modified from its original specification to increase stability, and indeed, the Vybe is sturdy where it sits. The solid front panel doesn’t allow for an optical drive, but it gives the Vybe a sleek look with a Maingear logo and matte black finish. Maingear also ships the Vybe with an external USB DVD-RW drive, so we don’t miss the unsightly (and nearly obsolete) optical drive protruding from the front of the case.

The left side panel features an acrylic window that showcases the interior components, which are bathed in RGB LED lighting. This premium add on usually costs a cool $69, but Maingear is offering the remote-controlled light strip for free during its back-to-school sale. The underside of the chassis features a PSU dust filter, which is easy to remove and keeps your power supply clean. The top of the chassis has a 140mm exhaust fan.

The front-panel I/O is also located on the top of the case, with two USB 3.0 ports residing next to the power button. To the left of the USB ports are two audio jacks (one headphone-out, one mic-in). The motherboard’s connectivity is more expansive, with USB 3.1 (Gen 2) Type-C  and Type-A ports (capable of up to 10 Gbps data rates) powered by an ASMedia ASM2142 chipset, two USB 3.0 ports, and three USB 2.0 ports wired directly to the motherboard’s Z270 chipset.

Display output on the motherboard comes in the form of an HDMI 1.4 port and a DisplayPort 1.2 interface, but Maingear capped these off, directing customers to the two GPUs, which sport six DisplayPort 1.4 interfaces, two HDMI 2.0 ports, and two DVI-D ports between them. You can connect to the internet using the RJ-45 port, which is powered by a Qualcomm Killer E2500 Gigabit LAN controller.

Inside the Vybe, an MSI Z270 Gaming M7 motherboard is loaded with an Intel Core i7-7700K processor, which Maingear overclocked to a stable 5.0 GHz for a $49 Redline Overclocking service fee. A 240mm liquid cooler (branded as the Maingear Epic 240 SuperCooler) takes in cool air at the front of the chassis with the aid of two 120mm NZXT case fans. Ambient heat is driven from the chassis by a rear 120mm fan and top 140mm fan.

The Vybe’s 16GB (2 x 8GB) kit of Kingston HyperX DDR4-2666 has above-average speed, with a CAS latency of 15-17-17-35. These tight timings should help in memory intensive workloads, and the capacity is also more than adequate for most AAA game coming down the pipeline. Two Nvidia GeForce GTX 1080 Founder’s Edition graphics cards are linked together with a familiar green high-bandwidth SLI bridge, and similar to the CPU, Maingear overclocks the GPUs (+100 MHz core, +150 MHz memory) with the purchase of its Redline Overclocking service.

One of the motherboard’s M.2 slots (between the GPUs) features an M.2 Shield, which is just a metal mounting plate used to dissipate heat from a socketed SSD. The interface is occupied by a 512GB Samsung 960 Pro NVMe SSD, which is rated for up to 3,500 MB/s sequential read speeds. The size and speed of the primary storage is ideal for even enthusiast gamers, and getting a higher capacity SSD would assuredly sink a lot more money into the build. The SSD is complimented by a 2TB 7,200 RPM Seagate HDD (accessible from the right side panel in the 3.5” drive bay), and the total storage capacity and potential primary storage performance of the Vybe mirrors what many price-conscious DIY enthusiasts would go with in their own builds.

A sleek PSU shroud hides a fully modular Corsair AX860i power supply, but you can access it from the right-side panel. Maingear recently changed up its configurators, and it now offers EVGA-branded PSUs in the Vybe. The AX860i in our review unit was replaced by an EVGA Supernova 850W PSU in the same price class as our sample’s AX860i, but either of those are adequate enough to power the beastly SLI rig, so we shouldn’t see too much of a difference between what we have in front of us and what Maingear offers today.

The PSU’s stock ATX, CPU, and PCIe power cables are connected to red, individually-braided cables (for an extra $99), which connect to the motherboard in the visible (main) chamber of the chassis. The red cables and the aforementioned remote-controlled RGB LED light strip give the Vybe some much-needed aesthetic wow factor, but the customized Maingear cable shroud running up the right side of the motherboard also makes the interior stand out. The cable management is also pristine, with all of the case’s wires, power, and data cables (visible or not) all neatly tied down without obstructing airflow or fan blades.

The Maingear Vybe doesn't come with any trial software or bloatware, but Maingear loaded GeForce Experience and MSI Afterburner with an overclocking preset for the GPUs, pushing the core clock up by 100 MHz and the memory clock by 150 MHz. Customers should appreciate the simplicity of the installation, which came loaded with all of the latest drivers, firmware, and Windows updates.

Maingear also ships the Vybe with all of the components' manuals, spare parts, and accessories, giving users the ability to upgrade without worrying about missing cables, screws, mounts, or software (it even comes with its Windows 10 retail box and product key). The complete set of individually-braided CableMod PSU cables are also included.