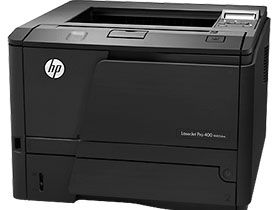 We're increasingly encouraged to go digital, whether it's from the energy company sending out electronic statements or insurance shipping off little PDF explanations of benefits. There always seems to be a point in the communications exchange where hard copies are still necessary. Even if you send in your taxes electronically, you almost certainly take home a fat print-out of the forms for your own records, right? Printing is where the rubber meets the road in a number of professions, and we expect printers to remain valuable peripherals for many years to come.

As such, we thought we'd take a group of printers for a spin around the block to determine which one delivers the most value, the best image quality, and the quickest performance.

Enthusiasts sink a lot of time into picking the right motherboard, processor, and graphics card. Similarly, there are a lot of printers to choose from. From the outside, though, the boxes all look pretty much the same. Even after you get them unwrapped, it's hard to tell which one will serve you best. When you're talking about entry-level equipment, there are typically two options: inkjet-based and low-cost laser printers.

Although inkjet technology is older, it still has its uses, particularly when you're talking about color inkjet printers that can reproduce amazing-looking graphics. Most photo printers are inkjets, and the right ones create output rivaling those professionally developed from film. Inkjets are usually less expensive, and when you factor in sales and rebates, it's not uncommon to find solid choices priced under $100. However, that low procurement cost hides substantial expenses down the road. While most printers include a starter inkjet cartridge to get you going, after 100 pages or so, you'll have to buy another one. And that's where inkjet printers get expensive. There's a reason many stores keep their refills locked up behind glass. Black cartridges might cost $50 or more. Color is even more, which could mean doubling the cost of your printer not long after you buy it. Some models force you to use that company's ink by placing little sensors in the cartridge. If you try to load the printer with anything else, it won't work. That's for your own protection, so they say. Print out another couple hundred pages, and it's time to replace the cartridges again.

In contrast, laser printers cost more initially. Some entry-level units sell for $400, though we've seen prices come down significantly. In fact, one of the printers we're reviewing sells for less than $150. Toner cartridges last a lot longer; many are rated for 5000 or even 10,000 pages before they have to be swapped out. And the cartridges aren't obscenely expensive on a per-page basis, ranging anywhere from $50 to $300, often including free recycling.

Do the math. For entry-level printing, business graphics, and putting letters onto paper, laser printers are a better bet for most folks. That's why, for this first piece, we're focusing on entry-level monochrome laser printers. They're the best bet for high quality at an affordable price. They also include certain advanced features like eco-friendly options, automatic duplexing, and even print security.

The printers in this review had thousands of pages put through them. At various points in our stress test, pages were examined for artifacts, a reduction in quality compared to the first page, or any other misprint. In addition, the printers were tested and timed to see how quickly they could output a 30-page all-text document and a 30-page graphics-laden file. That latter benchmark employs text placed around, under, and through the pictures in order to gauge how well the printers interpret and display that data. Finally, extra features (like the eco-friendly- and security-oriented stuff) were exampled.

Next Page Dell B1260dn
63 Comments Comment from the forums