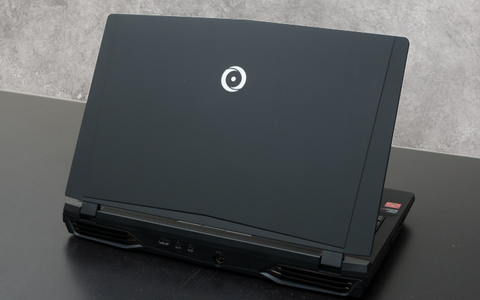 Ashes of the Singularity: Escalation is an incredibly GPU-intensive title, so only the most powerful systems will be able to maintain 60 FPS here. The EON15-X just barely manages 60 frames per second thanks to its GTX 1080, while the Equinox fell behind.

Grand Theft Auto V is a staple in our benchmark suite because its multiple scenes offer varying levels of stress testing. The EON15-X tops the charts yet again and consistently delivers over 60 fps. The only exception is during the Vinewood Sign scene, which stresses even the most powerful laptops due to its distant object and landscape rendering.

Hitman is our go-to gaming benchmark for CPU testing. Sure enough, the EON15-X’s i7-8700K scored first place, boasting a 17 percent performance lead over the Aorus X7 and its i7-7820HK. The lower end systems in this roundup still perform well, maintaining over 60 fps on average across the board.

Middle-earth: Shadow of War is a relatively easy title to run. The Digital Storm Equinox maintained well above 60 fps with ease, so anything higher than a Max-Q GTX 1070 will deliver great frame rates. For the EON15-X, this is just extra insurance.

Rise of the Tomb Raider is one of the most demanding games out there right now, so it’s an ideal title for laptop benchmarking. It features a GPU-intensive workload. Sure enough, the EON5-X and X7 score neck-to-neck due to their GTX 1080s. Only a GTX 1080 will maintain 60 fps at maximum settings.

The Division features a platform-based workload. The EON15-X and X7 are nearly head-to-head, with the former taking a 4 percent lead over the latter due to its desktop CPU. All of the laptops in this roundup can run over 60 fps comfortably.