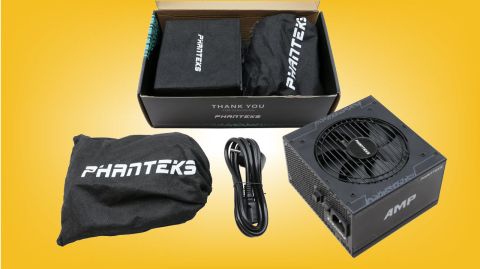 The transient response at +12V, which is the most crucial rail, is good. The voltage deviations are high on the minor rails, though, especially at 3.3V.

The voltage at +12V takes some time to reach the nominal value. This won't create any problems, though.

The PWR_OK delay is out of the 100-150ms region, so according to the ATX spec, the PSU does not meet the requirements of the alternative sleep mode.

Ripple represents the AC fluctuations (periodic) and noise (random) found in the PSU's DC rails. This phenomenon significantly decreases the capacitors' lifespan because it causes them to run hotter. A 10-degree Celsius increase can cut into a cap's useful life by 50%. Ripple also plays an important role in overall system stability, especially when overclocking is involved.

The lack of in-cable capacitors doesn't allow for flawless ripple suppression. Nonetheless, the PSU achieves satisfactory performance in this section.

There are no high spurs, that exceed the corresponding limits.