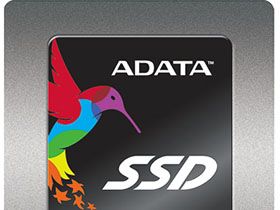 Adata is one of several solid-state storage purveyors in somewhat of a bind. These companies, SandForce partners all, are currently facing a problem: the next-generation controller is late. Like, super-late. If you're Adata, relying on SandForce's turnkey controller and firmware combination, no new architecture means no new products.

The last time we checked, SF-3000-series silicon was scheduled to ship in the fall. Now it's looking like we might have to wait until 2015. The hardware is real. And it's fast, from what we've already seen. But it's not yet ready to sell.

So, what do you do if you're Adata?

You start looking for something to fill the gap, particularly in the retail space (OEM sales aren't as sensitive to the typical consumer mentality). Us enthusiasts are all about higher-end specs and lower price tags. But we also tend to track the perception of brands. And Adata certainly doesn't want to fall off the face of the planet. Maintaining a presence is important, and that's hard to do without a compelling product receiving attention.

That's why Adata needs this new Premier Pro SP920. Without a new LSI SandForce-based product to wedge into its line-up, the company was looking for something fast and fierce to introduce, keeping the brand relevant in an always-evolved storage market.

But First, A Little History

In August of last year, I had the opportunity to walk the exhibit floor of Flash Memory Summit 2013. There was one constant amongst the big SandForce partners: a lack of upcoming products rocking new silicon. At LSI's Accelerating Innovation Summit, some of those same vendors had prototype SF-3000 based drives on display. Even then, we knew the next-gen controller still wasn't ready. And you know what? That's fine. If the company needs more time to iron out firmware kinks and optimize some corner cases, we're not going to complain.

But a partner like Adata might. The same for Mushkin or PNY. SandForce became the processor of choice for much of the SSD industry, and if you're only selling LSI-based drives, you have to take the lean times with the fat. Now is one of those lean times, which is why Adata is introducing the SP920, a product not based on SandForce technology.

You won't see the SP920 in mSATA or M.2 form, nor will it be an OEM product. It's retail-only, making it a product built for you, the enthusiast reading Tom's Hardware.

All of this would be business as usual, except for a curious turn of events that started when Adata delayed the SP920 for a few weeks. Then, we published The Crucial M550 SSD Review: Striking Back With More Performance. And as soon as the virtual ink dried, we received Adata's drives. Coincidence? Not exactly...

So, here's the line-up. As with Crucial's just-reviewed M550, the Marvell 9189 controller make another appearance. Notice also that all four drives use IMFT L85-series NAND. In fact, if you read my M550 review, you're probably seeing a lot of similarities.

One notable difference is that Crucial's M550 uses 64 Gb die to bolster performance via interleaving in its 128 and 256 GB capacities. Adata's comparable models use 128 Gb NAND, though, halving the number of dies and conveying specifications that look a lot more like the M500 as a result.

Inside The Adata SP920

Here's where the story gets more complicated. Normally we'd show you some interior shots of the drive's internals and proceed on to our performance-oriented evaluation. However, we have to pull up short and point out the striking similarities between the SP920 and Crucial's M550.

We begin with the least-functional part of the SSD, its chassis.

Surprise! That's actually the enclosure shot from my M550 piece. Why is it here? First, because I took a fairly nice photo, if I may say so. Also, the SP920 and M550 have this component in common, right down to the production line QR code and pink gap pads. And that's not all they share.

Inside, we find a PCB that also looks familiar. This 512 GB SP920 hosts eight packages of Micron MT29F256G08CECABH6-10:A. That's a mouthful, but it means we're looking at 20 nm NAND sporting two dies per package, along with two chip enables per. Add that up, and we get 32 GiB per package, totaling 256 GiB on each side, and 512 GiB total. For those of you keeping score at home, Crucial's 512 GB M550 also uses this flash, though Micron's abbreviated part code on the package itself is slightly different. This flash can operate synchronously or asynchronously, and is purported to operate at just 200 MT/s.

Flip the drive over and things get even spookier. There are the other eight packages, plus Marvell's 9189 controller and Micron's low-voltage LPDDR3 (512 MB, in this capacity). The new processor offers improved DevSlp and idle state power draw, but also bumps up bandwidth.

Also present are capacitors to help enable power-loss protection. Again, where have you seen this before?

It's time to stop being coy and just come out with it: Adata's Premier Pro SP920 is not the company's own design. Of course, it isn't 2009 anymore, and we tend to expect more in the way of innovation from new products. But a lot of companies have been down this road before, and in Adata's case, it's probably a smart decision.

Why? Well, although Adata has experimented with non-SandForce-driven SSDs before, this time it needed something fast, and building a new storage product takes time. Adata has extensive production and engineering capabilities. But taking a processor like Marvell's 9189, building up a PCB, and optimizing a firmware doesn't happen overnight. The company had to find a stopgap quickly, so it took drastic measures and adopted the sexy-hot Crucial M550 platform. How can I be so sure? Great question...

Next Page A Primer: The Art Of The Platform, SMART, And You
21 Comments Comment from the forums
Be In the Know