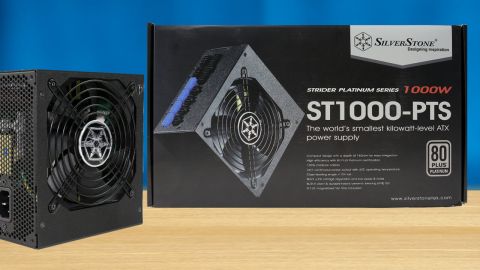 I find it really strange that the SilverStone ST1000-PTS has exactly the same internals as its 1200W sibling (ST1200-PTS) and naturally I expected high performance, since all of its parts are overrated, but clearly this is not the case. The unit managed to perform really well only in the efficiency section, with its performance being mediocre in almost all the rest areas. Apparently shrinking the dimensions to such a degree, brought trouble to Enhance Electronics' engineers and indeed the higher a platform's power density, the tougher it is to keep the performance at sufficient levels.

The major advantages of the ST1000-PTS, besides its small dimensions and the high overall efficiency, are its tolerance to increased operating temperatures, the tight enough load regulation at +12V and the very low inrush currents. I pushed the unit hard to get higher inrush current numbers, but all of my attempts failed. As a reminder, high inrush currents can cause trouble to your home's electrical infrastructure, so good PSU platforms should keep inrush currents as low as possible.

Some of the main problems of the ST1000-PTS are the improperly set over current and over power protection features. When it comes to PSU protections, I am super picky since those can affect the system's health, in addition to the power supply itself. Moreover, an inaccurate power ok signal is something that I didn't expect to encounter in such an expensive unit. Although it has the same bulk caps with the ST1200-PTS, so naturally its hold-up time should be long enough, somehow it drops the +12V rail too early at below 11.4V, so the hold-up time is short (less than 10ms). To add insult to injury, the power ok signal is completely out of phase, dropping late, thus for a quite large period it provides fake information to the system's circuits. SilverStone should push Enhance to fix this issue the sooner the possible!

As you have probably figured so far, the ST1000-PTS failed to impress me. Given today's standards, the compact dimensions and high efficiency levels are not enough to allow a power supply to effectively meet the competition. For the $254 (£195) that SilverStone asks, there are better alternatives. Some of them include the Corsair HX1000 and AX1000, the EVGA 1000 G3 and the Seasonic Prime Ultra Platinum 1000.

Prev Page Performance, Noise & Efficiency
Be In the Know