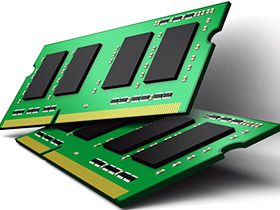 A straightforward interpretation of the name “Joint Electron Device Engineering Council” tells us a lot about why memory standards improve so slowly. As a multi-member council of memory manufacturing and electronics engineering companies, the standards it sets are defined by ease of adoption. True innovation by one of its members is likely to remain non-standard for months or years as everyone else plays catch-up. Even after a newer standard like DDR3-1600 CAS 9 is finally adopted, most manufacturers revert to older settings, such as DDR3-1600 CAS 11, in order to maintain the highest level of compatibility with previous-generation components.

Of course, this doesn't seem to stifle the enthusiast market. Intel's XMP feature followed Nvidia’s EPP technology to add overclocking profiles on top of the JEDEC-specified table of SPD values. Unfortunately, XMP isn't prolific. Notebooks and tier-one desktops typically don't support the feature, so the potential of high-performance RAM is typically ignored by those machines.

For enthusiasts upgrading today, this means new systems finally support the rather old DDR3-1866 CAS 10 and DDR3-1600 CAS 9 ratings. In talking to the folks at G.Skill, we agreed that even enthusiasts might not be aware of the changes imposed by Haswell. So, the company sent over some of its low-voltage, high-performance SO-DIMM kits to let us quantify the impact for ourselves.

We noticed that the company recently announced a DDR3-2133 Ripjaws SO-DIMM kit, but that it tops out at 8 GB (two 4 GB modules). Hopefully it goes to market with a larger 16 GB version in the future.