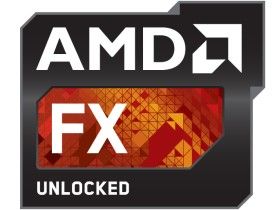 AMD’s three new FX processors are here: the FX-8370, FX-8370E, and FX-8320E. The company also made several older models more affordable. As we'll see though, street pricing still lands close to the respective MSRPs. And the performance benchmarks are going to suggest that AMD needs a couple rounds of cuts before mainstream enthusiasts can get excited about its latest efforts.

AMD sent over an FX-8370E operating at a 3.3 GHz base clock rate. It accompanied the chip with a motherboard, since the new processor wouldn't run on our older Socket AM3+-based platforms; the requisite BIOS updates weren't available yet.

Furthermore, AMD told us that its latest and greatest was rated for a TDP of just 95 W, which would certainly be an improvement over previous FX models. Hold your horses, though. How did the company's engineers achieve this using a familiar architecture and the same manufacturing technology? Is it binning? A less aggressive Turbo Core implementation? Some revision to the die?

A New Focus on Efficiency? Fine by Us!

We’ll take AMD’s word (and TDP rating) as accurate and switch things up a bit to reflect on the new CPU's focus. Of course we'll give you performance benchmarks as well, but only at the end and after a special preamble.

Our purpose is to figure out how much power this processor draws at its stock and Turbo Core clock rates. We want to know where its sweet spot is, and to explore when overclocking just doesn't make sense anymore. From there, we'll benchmark at three different clock rates for a more in-depth look at efficiency.

In the end, this is just another FX processor, so we’re not going to cover the architecture in-depth. If you're new to the FX and the technology inside of it, check out AMD FX-8350 Review: Does Piledriver Fix Bulldozer's Flaws?

Where the new CPU lands in AMD's FX family, sporting four modules able to schedule eight threads concurrently, can be gleaned from the following table: