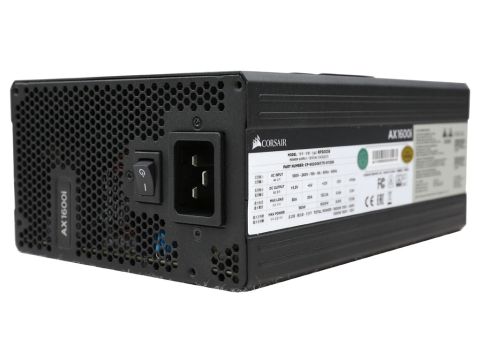 Check out that large red area where efficiency is over 94%. We don't remember ever seeing another PSU achieving over 94% efficiency with 115V input under so many load combinations.

Our measured temperatures are generally low thanks to the AX1600i's high efficiency. The only heat sinks that exceed 60°C belong to the PFC converter; they host the silicon and GaN FETs. Even the bulk caps remain relatively cool, despite their lack of active cooling during these tests.