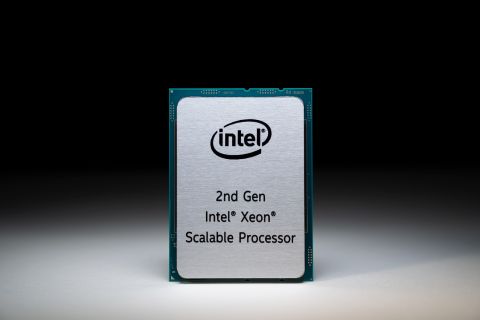 Power consumption is of critical importance in the data center. It's an ongoing expense that must be factored into total cost of ownership and managed accordingly. It also correlates with waste heat, necessitating cooling that eats up even more power.

We logged platform power consumption during our Linux-Bench run, so these measurements also include the effects of DRAM and power supply efficiency.

Factoring in the amount of work performed per watt provides the best view of overall power efficiency. Generalizing remains a challenging endeavor, though. Because these processors cover such a wide range of target markets and relevant workloads, it's hard to identify a handful of tests applicable to everyone. As such, consider these results a basic indicator of overall power consumption.

It isn't surprising to see the 28-core Xeon 8280 consuming more power than the other modern chips (though less than the previous-gen 8176) as we work through demanding portions of the tests. But it is interesting to see generally lower power consumption from the EPYC 7601, especially during the heavily threaded tests (peaks in the middle of the chart) where its performance is the most competitive.

Further down the hierarchy, Intel's Xeon 6230 sips power in accordance with its 125W TDP rating, which is the lowest of the test pool. However, as with all Intel chips, this specification only applies to normal operation at base frequencies, so we do see peaks in excess of 400W as the chip opportunistically cranks up the clock rate.

We also measured the watt-hours consumed during the Linux-Bench test suite. Intel's Xeon 8280 consumes less power than the previous-gen 8176, though we have to remember that the processors are rated at 205W and 165W, respectively. Again, the EPYC 7601 consumes roughly 8% less power than the 8280.

Power draw is recorded every second in our enterprise lab to quantify peak power consumption.

Although the Xeon 8280 draws less power overall than the 8176, we did record a higher 685W peak during testing. This was caused by the more aggressive clock rates that go along with a higher TDP.

The EPYC 7601 peaks far lower, but also uses a lot more power at idle. We do caution that idle power consumption measurements are somewhat apples-to-oranges between the Intel and AMD chips due to platform, DRAM, and power supply variations.

Prev Page Sysbench, Stream, C-Ray, 7-Zip Next Page Final Analysis
5 Comments Comment from the forums
Be In the Know