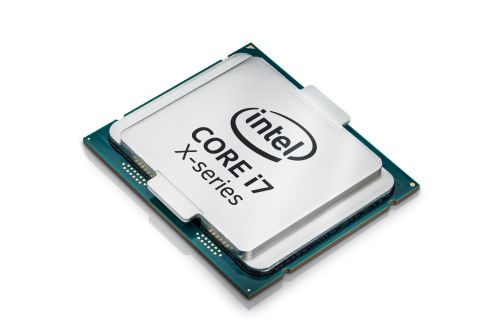 Intel isn't using a soldered integrated heat spreader (IHS) for Skylake-X or Kaby Lake-X. Instead of the solder most enthusiasts clamor for, heat moves from the die to the IHS through thermal paste. This decision has implications for both our power consumption measurements and overclocking efforts, as you no doubt saw in our Skylake-X Mess Explored: Thermal Paste And Runaway Power article.

We measure power consumption after the voltage converters and CPU, using points on the motherboard.

These numbers are generated using stock motherboard settings; any significant under-volting has no effect, except to cause stability problems.

Core i7-7820X consumes significantly less power at idle than Broadwell-E, and it also provides a small benefit compared to the ten-core Core i9-7900X.

AMD's Ryzen processors use quite a bit more power during idle, and that doesn't change much between the eight- and six-core models. Its Zeppelin die is a unified four-core building block, so it makes sense that AMD still feeds the disabled silicon with power.

The Ryzen models are in a class of their own, though we have to point out that they (along with Core i7-6900K) underperform Skylake-X. So, our power measurements aren't indicative of overall efficiency.

The Skylake-X processors draw more power than competing CPUs during our Metro Last Light gaming loop. We do observe a ~6W reduction going from Core i9-7900X to Core i7-7820X, though. Surprisingly, the -6900K is the most frugal Intel processor in the group.

Kicking off a Prime95 run unleashes the Core i9-7900X's hideous power consumption. Core i7-7820X is a little more civil, likely due to its disabled FMA units. But it still draws a lot more power than the Broadwell-E-based -6900K or Ryzen 7s.

Thermal output was recorded during AIDA and Prime95 stress tests at stock frequencies. We used the Corsair H100i v2 cooler, which provided enough headroom to keep up with these CPUs.

As expected, we observe a slightly lower average temperature from Core i7-7820X compared to Core i9-7900X.

Speaking of, the Core i9-7900X encountered difficulties during the Prime95 AVX workload. We use AIDA's system stability test window to monitor temperatures during our test run, and it detected thermal throttling. Typically, AIDA provides a percentage to quantify the severity, though we don't know what caused the slow-down.

The system generates bit-coded throttling flags based on three variables: Tcore, Tpackage, and VRM temperatures. AIDA detects these flags, but doesn't specify which one the warning is based on. We suspect the VRMs are to blame in this case.