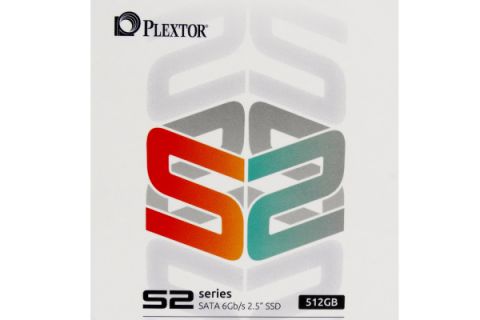 The new Plextor S2 Series improves on the entry-level M series products, but it still lacks the polish required to standout in a crowded area filled with similar products. Plextor will need to shine this one up with superior pricing to make it attractive. Users should keep the advanced software package in mind when looking for a desktop replacement SSD, but we wouldn't pay a premium for it.

Plextor introduced a new series of SSDs just in time to start the new year. The S2 series replaced the M7V as the entry-level option and dawns a new era for the company. Plextor normally pairs Marvell controllers with Toshiba NAND, but the company tried a different approach this round. This is the kind of product we normally don't like, but the S2C delivers with an entry-level price and mainstream performance.

2016 will go down in history as the breakout year for TLC NAND. Three bit-per-cell TLC flash is nothing new, but this is the first year the technology dominated our sample pool. We don't expect to see MLC in consumer products anymore except for a few high-performance NVMe products. That leaves TLC to service most of the SATA market for the next few years as NAND manufacturers work on developing 4-bit per cell (QLC) technology.

The shift from 8-channel controllers to low-cost 4-channel controllers emerged as another new SATA trend. The Phison S10 was the last 8-channel SATA controller to come to market, and it has been around for nearly two years. The lower channel count constricts parallelism and performance, but it also reduces design and manufacturing costs.

We can write SATA SSDs off as a commodity market. All high-performance products will come with the NVMe protocol while SATA chugs along on at a steamboat pace with little to no real innovation. Pricing is the other part of the story. We only expect a few more SATA price drops over the next few years. The first will come from IMFT's second generation 3D TLC with 768Gbit die, and then a year or two later when the market nearly abandons SATA in favor of NVMe.

Until then, most SATA-based SSDs will be like the Plextor S2 series we are testing today.

The Plextor S2C comes to market in three capacities that range from 128GB to 512GB. The company doesn't plan on a 1TB option at this time, which is a common strategy we've seen develop with several entry-level SSDs in 2016. Plextor, like its parent company LiteOn, ships most of its products with Toshiba flash, but this model uses SK Hynix 16nm planar TLC. Plextor's initial product in this series uses a Silicon Motion, Inc. (SMI) SM2258 4-channel controller with low-density parity check (LDPC) support. LDPC error correction is a key technology because it increases endurance, which is critical for TLC NAND.

We've discussed Sk Hynix's plans to increase bit output and sell more flash to third-party SSD manufacturers. Intel and Adata, to name a few, ship several products with Sk Hynix flash, and now Plextor joins the ranks. We don't see SK Hynix 3D flash very often, but the frequency has increased in 2016, and we expect to see it in more consumer products in 2017.

We focus on the Plextor S2C 512GB, which is the largest model in the family. We found the drive online for as low as $139.99. The 256GB model sells for just $67.99, and the 128GB variant retails for $44.99. All three capacities ship with a 3-year limited warranty. The S2C 512GB carries a 150TBW endurance rating, which is a general indication of how much data you can write to the SSD and remain within the warranty terms.

Aside from the SSD and a paper manual that doubles as a warranty statement we didn't find much in the retail package. Most of the Plextor add-on accessories come in the form of software. We really like the Plextor software tools, but some Plextor SSDs aren't compatible with the full suite. The S2C works with the entire software package, unlike the Plextor M8Pe we reviewed recently.

Plextor designed its exclusive PlexNitro cache acceleration technology specifically for TLC SSDs. Utilizing the PlexNitro Cache as a buffer improves the read and write speeds of TLC SSDs without reducing user capacity with extra overprovisioning. Plextor remains committed to providing the “Full Capacity” SSD products of 128GB, 256GB, and 512GB, instead of the reduced capacity of 120GB, 240GB, and 480GB competitors.

Plextor designed its PlexVault software to provide a secure storage space that gives you complete control of access privileges. Even if you are using a computer with others, you can still hide your private data safely and securely on the computer inside the PlexVault if you have a Plextor SSD.

PlexTurbo is an intelligent caching solution that uses system RAM to accelerate SSD performance. It boosts the service life of the SSD while vastly accelerating access speed. Plextor recommends at least 32GB of system memory to use PlexTurbo.

The S2 is a new series for Plextor, so we wonder why it didn't brand the SSDs as S1 or S2A, rather than the S2C. Either way, this is a new package design for the company, which released previous generation M series products ranging from M2 to M8. Only time will tell what the company does with the branding for the two series, or if the products launched in 2017 will all come with the new S branding.

Other than the color, Plextor's case design hasn't changed in several years. Plextor still uses a brushed aluminum case that is both functional and attractive. The S2C 512GB has a thermal pad between the case and controller that transfers the unwanted heat byproduct of electrical switching. The thermal pad helps to pass heat from the controller to the metal case.

The actual SSD printed circuit board is very small, but it accommodates the components well. We've seen the SMI SM2258 controller paired with Sk Hynix planar TLC from other companies, but the combination wasn't as impressive as what you will see with the SC2. SMI allowed Plextor to customize the SC2 firmware, and that made quite a bit of a difference.

Next Page Performance Testing
15 Comments Comment from the forums