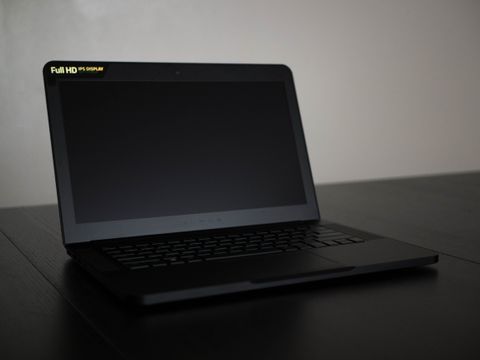 To start off our gaming benchmarks, the Razer Blade 14 (2016) falls between the Stealth Pro and the Strix 15 in Alien:Isolation, but the differences are minute. The Gigabyte P37X v6 performs much better, but the Razer Blade’s performance is no joke either; Blade 14 owners will have no issue running this game.

The Razer Blade comes out ahead of the GTX 1060 laptop pack in Ashes of the Singularity by a small margin. At these high settings, the Razer is only capable of the bare minimum performance. Unfortunately, even the more powerful Gigabyte can’t deliver a solid 60 FPS, so you'll have to compromise graphical settings for a smoother experience.

The Blade 14 pulls a slight win over its GTX 1060 competition in Bioshock Infinite. The Gigabyte performs better thanks to its GTX 1070 GPU, but Bioshock Infinite isn’t a very demanding title, so the performance difference doesn’t warrant stepping up from a Blade 14 to a P37X v6 to play this particular title.

The Razer Blade lags behind the Asus and the MSI laptops in DiRT Rally, but the performance difference (less than 3%) is negligible. The Blade 14 would have benefited from a more powerful GTX 1070, which provides enough performance to deliver over 60 FPS.

You'll need to make major graphical setting compromises to play Grand Theft Auto comfortably on the Blade 14, or any of the GTX 1060 gaming laptops. Even the GTX 1070 configured Gigabyte gaming laptop cannot deliver 60 FPS on average in this punishing title.

GRID Autosport gives a slight edge to GPUs with high clock speeds, and since the GTX 1060’s boost clock (1670 MHz) is more aggressive than the GTX 1070 (1645 MHz), the Razer laptop actually comes close to dethroning our Gigabyte system.

Thanks to its GTX 1060, the Razer Blade manages to maintain just above 60 FPS during the Hitman benchmark, as do the gaming laptops from Asus and MSI. It still comes rather close to dipping beneath this threshold, whereas the Gigabyte has enough performance to play Hitman at its highest settings without worry.

To play Metro: Last Light Redux at high settings with a 60 FPS average, you need a system with at least a GTX 1070; a GTX 1060 doesn’t quite cut it, so our Razer Blade laptop underperforms, as we would have expected.

Rise of the Tomb Raider doesn’t treat under-configured systems kindly. Even with Pascal-based GPUs, achieving a 30 FPS average is difficult. The GTX 1060 systems can't do it, and even stepping up to a GTX 1070 laptop like the P37X v6 won’t net enough of a performance gain to play at 60 FPS; that would only be possible by moving to a GTX 1080 system, such as MSI’s GT73VR Titan Pro-201.

The Razer Blade’s GTX 1060 grants users an average of 48 FPS during The Division. While this obviously isn’t as good as the Gigabyte laptop's solid 65 FPS, light tweaking to the graphics settings will pull the average above 60 FPS without much quality degradation.

Thief is an easy title for any modern gaming system to run, and our Razer Blade 14 is no exception. It scores lower than the Strix 15 and Stealth Pro on average, but not by a large margin. The P37X v6 is the only system that pulls a convincing win against it, but even then, the slight performance increase isn’t enough to warrant an upgrade to a GTX 1070 laptop for this game.

Prev Page Synthetic And Productivity Benchmarks Next Page Battery, Thermal, And Display Testing
6 Comments Comment from the forums
Be In the Know