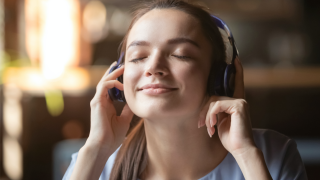 This could be a good year for wireless audio. The Bluetooth Special Interest Group (SIG) announced yesterday at CES 2020 that the "next generation of Bluetooth audio," which it's calling LE Audio, is set to make its debut in the coming months.

Some of those additional features include support for multi-stream audio, the ability to create Bluetooth hearing aids and the introduction of Broadcast Audio. LE Audio will also feature a new Low Complexity Communication Codec (LC3) that's supposed to allow developers to "make better design tradeoffs between key product attributes such as audio quality and power consumption" in their sound-based products.

Bluetooth SIG said that Multi-Stream Audio will "enable the transmission of multiple, independent, synchronized audio streams" between an audio source device and multiple audio sink devices. This will purportedly improve the performance of truly wireless earbuds and make it easier to switch between audio devices. (Which, in our experience, can be one of the most frustrating things about Classic Audio.)

Enabling the creation of Bluetooth hearing aids could prove even more useful. Bluetooth SIG had a quote from Stefan Zimmer, Secretary General of the European Hearing Instrument Manufacturers Association (EHIMA), in its announcement:

“LE Audio will be one of the most significant advances for users of hearing aids and hearing implants. EHIMA engineers have contributed their specialist knowledge to improve the audio experience especially for hard of hearing people. As a result, within a few years most new phones and TVs will be equally accessible to users with hearing loss.”

Perhaps the most interesting aspect of LE Audio will be the new Broadcast Audio feature, however, which will arrive in two different forms. The first is personal audio sharing, and it will allow people to easily "share their Bluetooth audio experience with others around them." That way people can listen to music without having to share earbuds, for example, so everyone can hear a song as it's meant to be heard.

The second aspect of Broadcast Audio could be even more compelling. Bluetooth SIG said the feature will enable location-based sharing through which "public venues such as airports, bars, gyms, cinemas, and conference centers can now share Bluetooth audio that augments the visitor experience." The most exciting example (at least to us) is the ability for theaters to let people listen to movies via earbuds.

Imagine the possibilities--we might never have to worry about other people talking during a movie again. We could just put in our earbuds, pump up the volume and enjoy the benefits of watching a movie on the big screen without the drawbacks of being surrounded by other people. Or we could let people listen to whatever's playing on a TV in a public area without having to shout over it during loud parts.

Bluetooth SIG said that the "Bluetooth specifications that define LE Audio are expected to be released throughout the first half of 2020." More information about the next generation of Bluetooth audio can be found on the organization's website.