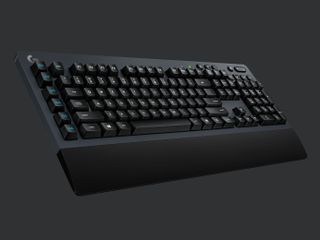 Every gamer needs a trusty companion. If you still haven't found yours, Amazon has quite a holiday tech deal, selling the Logitech G613 for $55, $75 off its normal retail price and $5 less than it was earlier in the holiday season.

The Logitech G613 is a wireless mechanical gaming keyboard that offers two connectivity options. The first method consists of Logitech's own Lightspeed technology that offers a speedy 1ms report rate but relies on a USB receiver while the second method is through Bluetooth.

The Logitech G613 might not have the bling, but it possesses the necessary attributes to be your daily gaming driver.View Deal

The Logitech G613 requires two standard AA batteries to function. They should be enough to get your through a whole 18 months. However, your mileage may vary depending on your usage.

The Logitech G613 is a full-size keyboard, which is great if you plan to use it for work in addition to gaming. There are multimedia keys as well as six programmable G-Keys that you can customize with Logitech's G HUB software.

The keyboard utilizes Romer-G tactile mechanical switches, which are rated with a 70 million click-life. They have an actuation distance of 1.5mm and are up to 25% faster than competing switches.

Logitech backs the G613 with a limited two-year warranty.