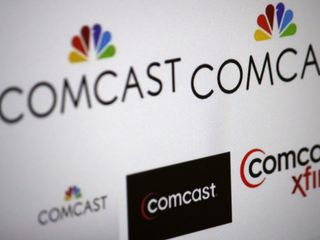 Last September, we launched a survey asking our readers to rate the price, performance, reliability and support of their Internet service provider (ISP). The response was massive, with more than 3,100 votes cast.

We have already shared the reader survey results for AT&T. The next ISP we are going to examine garnered the most responses in our survey, with 710 users rating the company's high-speed cable Internet service. We had our readers rate the company's prices, performance, reliability and support on a scale of one to five stars, with one being the least satisfied and five being the most. We averaged each category's total score and rounded the results to the nearest one-quarter star. We also provided the mathematical average, allowing us to compare scores later.

First called American Cable Systems, Comcast was founded in 1963 with the purchase of a 1200-subscriber cable television system in Tupelo, Mississippi. The business reincorporated as Comcast Corp. in 1969, and held its first public stock offering in 1972.

The company began to purchase other small communications entities, acquiring a larger customer base for its cable television services and increasing its market share. In 1997, Microsoft invested $1 billion in Comcast, allowing it to purchase larger companies like Prime Communications, Jones Intercable Inc. and Lenfest Communications Inc. These acquisitions netted Comcast another 2.3 million customers, further tightening its grip on the cable television market. Now a giant in the industry, the company even struck a deal with AT&T to acquire select cable systems in six different states in 2001, scoring almost another 600,000 subscribers.

In 2002, Comcast launched its HDTV service and what we now recognize as its high-speed Internet services; the company boasted of 3.3 million high-speed data customers that year. The remainder of the decade was spent acquiring more of its competition and creating services that we still enjoy today, such as digital voice, video mail, DVR and On Demand.

As cable Internet speeds began to increase, Comcast introduced its first 50 Mb/s subscriptions in 2009. And in 2010, the company rebranded its technology platforms, products and services as Xfinity, giving its Internet-based services a hip new name (and possibly stealing a line from Buzz Lightyear).

In 2011, Comcast, along with General Electric, joined NBC Universal (which came into being after NBC and Universal merged in 2004), solidifying its spot as one of the most powerful communications companies on the planet. Last year, Comcast approved yet another insane acquisition, this time with rival Time Warner for a whopping $45.2 billion. This deal would have given Comcast roughly 40 percent of the total U.S. cable market, but the plans were abruptly dropped last April when public opposition and FCC reservations forced Comcast to abandon the effort.

Today, Comcast offers its Xfinity High-Speed Internet service in virtually all regions of the country, with more than 22 million subscribers. It's no wonder that the company received the most responses in our reader survey.

Comcast offers high-speed Internet packages using coaxial broadband cable lines networked over a great distance. The signal is boosted via daisy-chained hubs, and unlike DSL technology, cable Internet customers typically don't experience performance degradation as they get farther away from the central hub. However, cable Internet subscribers use a shared hub to reach the Web, and can often experience reduced performance during peak times when many users are operating from the same hub.

Next Page Pricing: 2 Stars
Topics
Internet Service Providers
Networking
Software
40 Comments Comment from the forums
Be In the Know