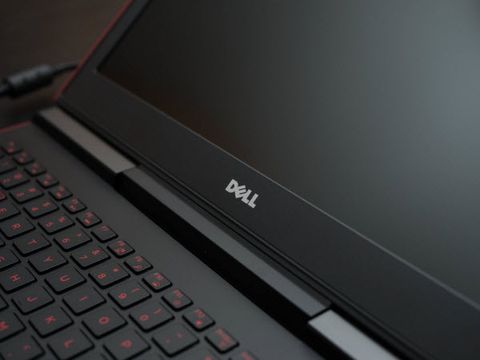 The Dell Inspiron 15 7000 is different from all of the systems we've tested so far, in that it possesses an Intel Core i5-7300HQ CPU instead of an i7. Additionally, it is the first laptop we’ve tested with Nvidia’s mobile 4GB GeForce GTX 1050 Ti. The rest of its resources consist of 8GB of DDR4-2400 memory and a 256GB M.2 SSD. This modest configuration is the least powerful laptop we’ve tested on paper, but it’s also the cheapest.

3DMark’s benchmarks proved to be incredibly taxing on powerful systems in years past, but most of Nvidia’s Pascal lineup seems to breeze right through it. The GTX 1050 Ti, however, isn’t as strong as the GTX 1060 and higher; unsurprisingly, the Inspiron 15 is dragged to the bottom. Couple this with a severely limited i5, which negatively affects the Physics scores.

The Dell gaming laptop doesn’t fare much better in Cinebench. The CPU workloads are based on single and multi-core performance, whereas the OpenGL shading test is GPU-based. The i5-7300HQ is severely lacking compared to the other three systems, especially in multi-core performance, and the GTX 1050 Ti doesn’t fare much better against the MSI’s GTX 1060 and Acer’s GTX 1070.

The Inspiron takes last place yet again, but not by a huge margin this time. It loses to the Sager laptop in the Video Processing workload by a little more than one frame. Both of these systems contain a GTX 1050 Ti, so performance during the Bitcoin Mining test is a tossup. Still, the GTX 1060 is leaps and bounds more powerful than the GTX 1050 Ti, pulling the MSI Phantom Pro nearly 71% higher than the Dell laptop in the mining test.

The Inspiron 15’s X400 has poor 4K Random speeds, which means that this particular system is slower at handling small Windows files. This X400 also has slow 128K Sequential speeds, resulting in slower load times for your games, music, pictures, and other media.

PCMark 8’s basic tests consist of in-software home, creative, and work benchmarks to synthetically measure a system’s performance. PCMark 8 also allows you to run Microsoft Office and Adobe Creative suite tests, given you have all of the necessary applications. This provides a more realistic performance benchmark, and is what we use when testing our systems. While Kaby Lake delivers impressive i7 performance gains over Skylake (MSI and Sager vs Acer), the i5 is a different story. The Dell’s stunted CPU, along with its less resourced memory, lands the laptop in last place.