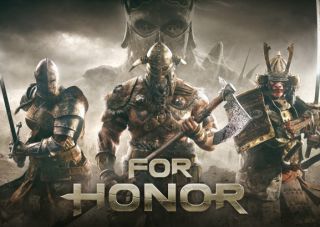 The Game, Graphics Engine, and Settings

For Honor, developed by Ubisoft Montreal, just launched for the PS4, Xbox One, and PC. The game is a mix of third-person combat and action-strategy. We're not here to talk about how you play it, though. Rather, we're digging into how it runs on your PC.

Behind the knights, vikings, and samurai is the AnvilNext 2.0 engine, which first surfaced in 2014 as the foundation for Assassin's Creed Unity. Although the engine is more advanced than its predecessor, AnvilNext, you're still limited to DirectX 11 API support. Does that negatively affect what the developers could do with For Honor? We don't think so.

Despite its attractive graphics, For Honor's hardware requirements are quite reasonable. In theory, it should be possible to play this title with a mid-range machine built four or five years ago.

On one hand, For Honor is a multi-platform game, and therefore optimized for AMD's Graphics Core Next architecture used in consoles. On the other, it's an Nvidia "The Way It's Meant to be Played” title. Are there differences, then, in rendering quality between GeForce and Radeon cards at the same detail settings?

Whether you look at the flag on the left, the windows, the climbing vines, or the grass, Nvidia's picture appears blurrier and less crisp than AMD's.

The same observation applies to this image, particularly when you focus on the chain and castle wall textures. Nvidia renders a softer image, while the Radeon's picture is sharper (though it almost appears grainy as a result). Of course, we looked several times: the graphics settings are exactly identical between test platforms (we're using 16x anisotropic texture filtering and TAA anti-aliasing).

Aside from the always-important FOV and resolution options, we get a texture filtering setting (trilinear or anisotropic), several anti-aliasing modes (FXAA, SMAA, or TAA), texture quality, dynamic reflections, and even ambient occlusion (HBAO+ or MHBAO). If you don't feel like experimenting with each knob and dial, there are also four quality presets.

Nvidia Ansel support makes it possible to freeze the camera in For Honor and move around freely within the scene. From there, you can compose the perfect screen shot.

A configurable resolution facilitates far more detail than 1080p, or even 4K. And there are options to capture 360-degree images for an extra bit of fun. For those enthusiasts who increasingly stop and marvel at how far graphics have come, Ansel can be a lot of fun to play with.