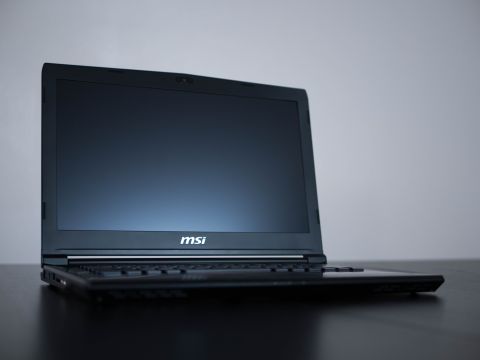 In Alien Isolation, the MSI Phantom Pro has a slight edge over the other GTX 1060-based laptops thanks to its new Intel Core i7-7700HQ. The difference isn’t large, however, amounting to a 9% improvement at best and a 3% improvement at worst. The Acer still holds a considerable lead over the Phantom Pro thanks in no small part to its much stronger Nvidia GeForce GTX 1070 GPU.

During the Ashes of the Singularity benchmark, the i7-7700HQ in the Phantom Pro doesn’t provide a palpable performance increase; the Phantom Pro ends up sandwiched between the MSI Stealth Pro and Gigabyte P57W performance-wise. Ashes favors more CPU cores, so Kaby Lake (which has the same number of cores as its Skylake equivalent) gives this MSI laptop no distinct advantage.

Our Kaby Lake contender shows no performance improvements in Bioshock Infinite either; this time the three GTX 1060 laptops show a mere 1 FPS difference in performance. Bioshock Infinite benefits more from a stronger GPU, but with frame rates easily surpassing 60 FPS at even the highest settings, any GTX 1060-equipped system will suffice. You can save the extra money you would spend on a GTX 1070 on additional storage.

The Phantom Pro’s performance takes a bad turn in DiRT Rally, scoring just below its MSI counterpart and Gigabyte’s offering. We were hoping that Kaby Lake would increase performance closer to 60 FPS. Unfortunately this isn’t the case, and you’ll still have to make the same graphical tweaks or buy a system with a GTX 1070 GPU if you want to experience frame rates over 60 FPS.

By now you should have noticed a trend, and just like before the i7-7700HQ doesn’t help the Phantom Pro stand above its GTX 1060 counterparts in Grand Theft Auto V. The Phantom Pro outperforms the other two laptops in one benchmark scene, but lands in the middle of the pack for all others (although the scores are fairly close). Average frame rates hover around 40 FPS and can be as low as 29 FPS, so major graphical compromises are needed to reach the coveted 60 FPS threshold. You’ll find better luck with a GTX 1070-equipped laptop, such as the Acer Predator.

The Phantom Pro manages a refreshing win in GRID Autosport, scoring between 3-4% higher than the P57W and Stealth Pro. This may not seem to be a major improvement at first, but consider this: GRID Autosport’s performance benefits from high GPU clock rates, making our GTX 1060-equipped systems score incredibly close to the Predator 17. This, coupled with performance gains from Kaby Lake (Grid Autosport also likes solid platform performance), means that our Phantom Pro only runs about 4% slower than the Acer laptop. Impressive.

The i7-7700HQ provides our Phantom Pro with another performance increase during Hitman. We witness anywhere between 3-5% of additional FPS with Kaby Lake, which pulls our average frame rate easily above 60 FPS. However, unlike GRID Autosport, Hitman’s performance benefits most from a stronger GPU, so the GTX 1070-equipped Predator 17 easily scores about 10 FPS higher than the Phantom Pro.

Our Phantom Pro’s winning streak comes to an abrupt end thanks to Metro: Last Light Redux. We’re able to squeeze just over 47 FPS from the Phantom Pro, which is barely higher than the Stealth Pro’s average and about 3 FPS shy of the P57W’s frame rate. 47 FPS is nowhere near the 60 FPS sweet spot, so you’re going to have to dial back your settings or consider a more powerful system.

Rise of the Tomb Raider is perhaps the most demanding title in our suite, and unfortunately the updated core-i7 CPU has virtually no effect on the Phantom Pro’s overall performance in this particular game. In the past, we’ve found that even a system with an unlocked mobile processor and a GTX 1070 could not deliver a solid 60 FPS. To get anywhere near that, you'd need a heavily-equipped system, such as the MSI GT73VR Titan Pro, and even that only delivers 62 FPS in this title.

Similarly, the i7-7700HQ provides no performance benefit in The Division, and in the end our Phantom Pro could only deliver 50 FPS on average. Luckily, aggressive graphical tweaking won’t be necessary to bring the frame rate closer to 60. Alternatively, stepping up to a laptop with a GTX 1070 will provide ample performance with no compromises in visual fidelity.

Finally, the Phantom Pro manages to take another lead against its similarly equipped GTX 1060 counterparts, but it isn’t a convincing win. Luckily, this is not a very taxing title, so our Phantom Pro is able to enjoy the highest possible settings at a stable framerate with plenty of performance to spare.

Prev Page Synthetic Benchmarks Next Page Battery, Thermal, And Display Testing
3 Comments Comment from the forums
Be In the Know