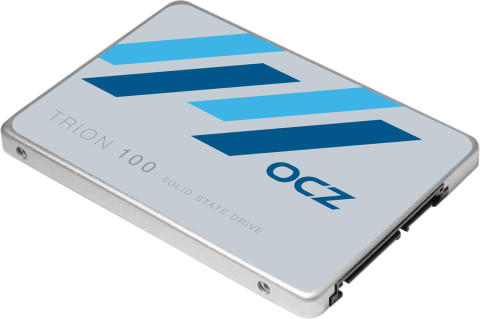 It would be easy to dismiss the Trion 100 for its modest performance, lack of innovation and 850 EVO 1TB price parity. But we want to look further into the future and not just tell the tale of day-one availability.

The Trion 100 probably won't be a successful product right out of the gate. I can't think of any reason to buy this drive over a Samsung 850 EVO or Mushkin Reactor in the 512GB or 1TB capacity classes. After all, the Reactor is the lowest-priced SSD at those sizes. Its four-channel Silicon Motion controller delivers ample performance for anyone looking for lots of space for the least amount of money.

Many things have been said about OCZ Storage Solutions, but nobody can claim the company struggles at selling SSDs. So might it be possible that the EVO-like price tag is part of OCZ's strategy? The cost-conscious crowd will see a $369.99 MSRP in black, just above the street price, and voila, value. OCZ didn't tell us what the Trion will sell for once it hits the wild, but I suspect the company will get it down to Reactor levels. It might even undercut Mushkin's offering to move higher volumes. The Reactor seems to be out of stock as often as it's available. OCZ shouldn't have that problem given its guaranteed access to Toshiba flash.

At its MSRP, the Trion 100 doesn't represent a good value. But how would we feel about a 1TB-class SSD selling for $300 to $310? How about a 480GB drive for $140 to $150? In order for OCZ to really sell this product, it needs to cost significantly less than MLC-based drives and be readily available to keep up with demand.

Compared to most other SSDs, the Trion 100 underperforms. But when you put it up against a hard drive, OCZ's Trion 100 is Juliet in the eyes of Romeo.