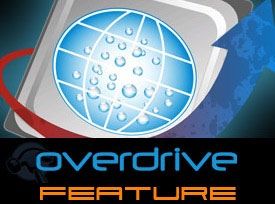 An Introduction To Our Championship

As you no doubt have already seen, we were quite busy last weekend hosting the first leg of an international overclocking competition that’ll see the overclocking elite from five different countries battle it out for the chance to meet in Paris, France. But before hitting you with the results of this last weekend’s festivities, we wanted to present a little introduction to the contest, the folks who’ll be participating around the world, what sort of hardware they’ll be tweaking, and the prize for which they’re fighting.

The idea for doing an overclocking event sprang up at the beginning of this year—probably even before other organizers decided they wanted to do something similar. Gigabyte and MSI have been holding their own overclocking events and other vendors partnered with media outlets to get events started in recent months. Great, we say. More enthusiasts interested in maximizing their hardware means a larger audience to keep Intel, AMD, Nvidia, all of the motherboard manufacturers, and memory vendors on top of their game, continuously innovating.

However, we wanted to do something truly unique. We were hoping to have our participants be the first to do battle on the new X58 platform and Core i7 Extreme 965 processors from Intel. We decided that we wanted to do this in five countries, and to fly the winning teams to our brand new Tom’s Hardware and Best of Media headquarters in Paris, France. And here we are today: The Overdrive Overclocking Championship is already in full swing.

The premise sounds easy for a bunch of self-proclaimed hardware enthusiasts—find overclockers, give them components plus liquid nitrogen, and watch them do their thing. But the international coordination proved difficult indeed. The Core i7 processor is still not officially available, even though you can already read about its overclocking and gaming performance.

Unfortunately, Intel couldn’t make samples ready in time, so we adjusted the preliminaries to include Core 2 Duo E8600s instead—fine, since most of these guys are already season veterans with the current Core 2-based platforms. When the finals happen next month, we’re hoping to see some world records fall as the globe’s most talented overclockers tweak the world’s fastest desktop architecture.

Full Throttle And In Good Hands

It took several months until we had all the components for the event lined up. Obviously, we had to find sponsors were willing and able to provide the product quantities to execute such an event in five countries plus the grand finals. Then our localized teams in the United States, in France, in Germany, in Italy and in Taiwan went out and searched for the best overclocking teams.

To make the event even more attractive, we not only decided to provide the first opportunity of overclocking Core i7, but we also wanted this to be free-of-charge for the participants. Travel, accommodation, food, and drinks (lots of drinks, as the US event demonstrated) are taken care of.

This isn’t only about overclocking Core i7. It’s a battle between some of the finest overclocking teams from all over the world. The teams have to bring all their custom gear and they have to utilize all of their experience to win the trials in the US, in France, in Germany, in Italy and in Taiwan on the popular LGA775-based Core 2 Duo platform. The winners will then have to push themselves even further on a brand new architecture to become the Overdrive World Champions.

In our initial photographic coverage of the event here in the United States, we saw readers wondering “what’s the point of using LN2 on an open bench for one day’s worth of testing? That’s not representative of usable overclocking” We’ll talk about the idea there next.

Current page: An Introduction To Our Championship

Next Page What is Overclocking?
Be In the Know