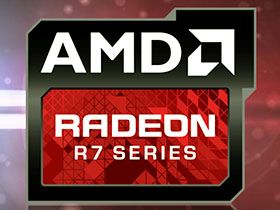 AMD paper-launched the Radeon R7 260 in December. The specifications it published, along with the $110 price it announced, got me excited. Sure, high-end cards like the Radeon R9 290X and GeForce GTX 780 Ti get more of the glory. But for gamers on a budget, the mainstream boards derived from that flagship technology are the real heroes. Take AMD's Radeon HD 7770, for example. It makes 1920x1080 a viable resolution at low to medium detail settings. Understandably, then, the prospect of an even faster Radeon R7 260 for the same $110 was very appealing. I eagerly waited for the product to show up mid-January.

Right now, it appears that most of the add-in board partners are choosing not to sell their own R7 260s, preferring instead to push their Radeon HD 7770s until those are gone, along with the Radeon R7 260X. Although the 260's prospects look grim right now, we also know that things change quickly in the graphics world. So, we're giving the card a closer look, despite its precarious position.

The Radeon R7 260 employs a cut-down version of the Bonaire GPU, first seen in the Radeon HD 7790 and then in the Radeon R7 260X. Two of the processor's 14 Compute Units are disabled, resulting in a total of 768 shaders and 48 texture units. The render back-end is untouched; two ROP partitions can handle 16 pixels per clock, while a pair of 64-bit dual-channel memory controllers yield an aggregate 128-bit memory interface. And because the Radeon R7 260 utilizes Bonaire, it does support AMD's TrueAudio feature (though we still haven't seen any software optimized for this capability).

Let's have a look at the one Radeon R7 260 we could get our hands on, Asus' R7260-1GD5. The front of the card is covered in a fan shroud with the company's classic black and red color scheme. It appears slightly longer than 8.5". But flip it over and you'll see that the PCB is much smaller; the cooler extends far past its edge. The circuit board is 7" x 4.5". While the card looks substantially-sized, it weighs just over one pound.

The R7260-1GD5 adheres to AMD's reference clock rates, with a 1000 MHz GPU and GDDR5 memory operating at up to 1500 MHz. Again, you only get 1 GB, which we'd expect to limit the resolutions and detail settings that are playable.

Asus arms its card's rear I/O bracket with one full-sized DisplayPort output, HDMI, and a dual-link DVI connector. Even legacy VGA is covered through a bundled adapter.

The rest of the bundle is composed of a CrossFire connector, a driver/software CD, and a setup booklet. Asus' GPU Tweak utility supports this board, and that small piece of software works very well for overclocking.