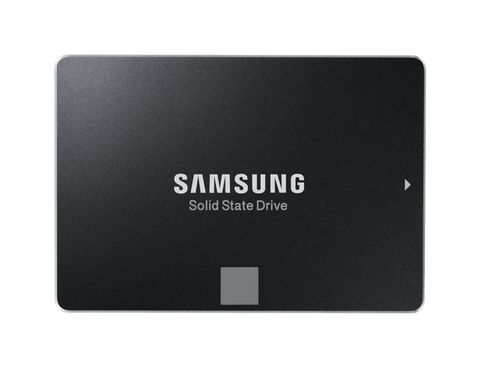 Samsung has dominated the 128GB-class for a long time. The Samsung 850 EVO and 850 Pro models came to market in July 2014, and the other companies still have not caught up with Samsung's three-year-old technology. The truth is they never will.

Most companies can't produce a solid 128GB-class SSD because the flash fabs have abandoned low-capacity NAND die. The desire to increase SSD capacity (and lower prices) has pushed die capacity to 256Gbit, 384Gbit, and 512Gbit. These denser die result in reduced parallelism at the device level, which hurts SSD performance. With a 512Gbit die, it only takes two die to make a 128GB SSD! That's two slivers of silicon about the size of your pinky nail, and denser die are coming soon.

Adata included a 128GB SSD when it sent us the SU800 series in December 2016. It features Micron 384Gbit 3D TLC NAND with an SMI SM2258 controller. We haven't reviewed the Colorful SL300 yet, but it is unique. Samsung's flash is widely regarded as the best in the industry, but the company doesn't sell it to third-party SSD manufacturers. Colorful found a clever way of getting Samsung NAND into their SSD—they used UFS-packaged Samsung flash. We usually find this type of NAND in cell phones, but the pins on the package allow companies to interface with the flash.

The SanDisk Z410 120GB and Toshiba TL100 120GB come from the industry's first DRAMless SSD roundup that we published in February 2017. These drives come with the three words you never want to hear together: DRAMless, SATA, and 2D TLC NAND.

Faster NAND can fill in the gap left open by the reduced parallelism from high-capacity NAND die. The sequential read performance line chart shows consistent performance as we ramp up the queue depth. The 850 lands between the 850 EVO and 750 EVO 120GB drives at QD2.

All the products in our test use 3-bit per cell (TLC) flash. Low parallelism combined with TLC NAND results in a lot of variation due to the reliance on SLC caching. We're also dealing with inherently low native TLC speeds after we saturate the SLC buffer. Samsung's V-NAND SSDs have historically been less susceptible to severe performance loss from these issues, but the 120GB model bucks the trend set by the larger drives.

The 850 120GB suffers because it has a smaller SLC buffer than its high-capacity siblings. Writing 128KB sequential data to the SLC-programmed buffer, which is roughly 3GB, nets 475 MB/s of throughput. That quickly drops down to just over 160 MB/s once we saturate the small buffer and the traffic lands in the native TLC NAND. Increasing the queue depth doesn't increase performance, it only adds latency.

Samsung still managed to keep the 850's QD1 random read performance above 10,000 IOPS, and it scales well as we increase the workload. None of the other companies can reach the 10,000 IOPS range with 128GB-class SATA SSDs, and most companies even have a difficult time turning in these high results with newer 128GB-class NVMe drives. That makes it difficult to recommend a competing 128GB-class SSD.

Samsung's SATA SSDs dominate sales year after year. Even in small capacities, the drives simply outperform the competition where it matters.

The 850 could easily replace the 850 EVO in the most important section of the test results. The 850's low-QD performance mirrors the aging, but still dominant, 850 EVO. For most of us, the 4KB mixed random workloads show everything you need to know about the user experience. This robust performance should carry over to applications, which we will test later in this review.

These low-cost products were not designed for workstation use in a heavy write environment. We do see that Samsung's TLC V-NAND grossly outperforms the competition.

The 850 with new 64-layer V-NAND is less consistent than Samsung's older TLC, but it does deliver the same average performance and higher bursts. We can attribute the higher burst performance to the die's increased data transfer speed.

The new 850 performs in line with the 850 EVO and 750 EVO. The EVO SSDs have maintained a lead over competing products for some time, so it's good company. The 850 outperformed the other Samsung drives in some tests but trailed slightly in others.

We can easily see the two distinct performance tiers when we present the results as an average throughput score. The Samsung SSDs have a 100 MB/s advantage over the other products. The 850 is the slowest of the three Samsung SSDs, but the performance delta is so small that you would not be able to tell the difference during normal use.

Lately, it's much easier for even casual PC users to fill up smaller boot drives. The operating systems and Office software have increased in size along with downloadable games that no longer require disks. Just downloading one or two games can fill a small drive. This test fills the drives with data to characterize performance when the drive is full.

The three Samsung SSDs drop into their own high-performance tier during the service time tests. We can also spot the difference between the 850 and 850 EVO with 3D V-NAND and the planar (2D)-based 750 EVO.

The new 850 works the least to perform the same tasks. Samsung’s latest flash is much faster than the previous-generation 48-layer V-NAND. It holds even more of an advantage against the 32-layer V-NAND in the 850 EVO.

Samsung's SSDs have been the only SATA drives able to surpass a 1,000 rating on the BAPCo's SYSmark 2014 SE Responsiveness Test. A Samsung OEM drive set the original base score of 1,000 in a business-focused mainstream desktop. Samsung remains at the top of the SATA SSD charts, but the position is much more impressive when you consider that many entry-level NVMe SSDs fail to reach the same mark.

The new 64-layer NAND is enough to propel the 850 above the 750 EVO and 850 EVO in our notebook battery life chart. Samsung's new NAND uses a 2.5V input for the circuits. Samsung claims that results in a 30% improvement in power efficiency compared to 48-layer V-NAND, which uses a 3.3V input.

The faster die interface also allows the garbage collection and other background activities to complete faster. These activities are battery killers and can use as much power as running an extended random write workload.