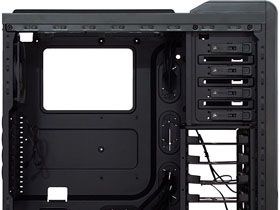 Making A Case For Performance And Value

Mid-range gaming hardware is a favorite among Tom’s Hardware readers. So, we were not surprised last year when a poll revealed that a majority of responders wanted us to focus on the $80 to $120 range for our next round-up of cases. That's a super-dense field, involving more enclosures than one reviewer can tackle. We set a few reasonable ground rules, though, that helped reduce the number of submissions we received to a more manageable 15. As we prepare to test the last five entries, here are a few links to the coverage of the 10 models that came before.

Previous performance analysis revealed several award-worthy products, such as NZXT’s high-quality Phantom 410 and Cooler Master’s high-value Storm Enforcer. The big question today is whether any of the final five enclosures are better than the cases we've already tested. At the end of this piece, we'll compare all 15 submissions to determine one overall winner. But first we have to test the last quintet.

Prices have dropped on several models since our series began. For instance, Raidmax's Seiran sells for only $70 at Directron, and MSI’s Stealth shows up at Micro Center for an online price of $77. Because all of these cases had to be priced between $80 and $120 to qualify for this round-up, we're using the price floor in our comparison. However, we'll factor in the updated prices when it comes time to compare the value of each product in the 15-way evaluation.

Current page: Making A Case For Performance And Value