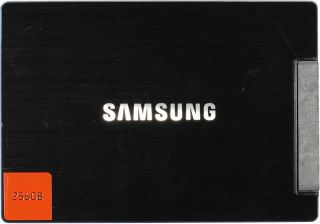 What's A File System? Does It Matter?

Solid-state drives continue encroaching on the territory ruled for decades by hard drives, and power users swear by the lightning-fast performance, modest power use, and physical robustness of flash-based devices. As more enthusiasts embrace the technology, volumes increase and prices go down, making SSDs even more viable in the mainstream space. Mobile users stand to gain especially from solid-state technology, since shaving 10% from a power budget could translate into hours of battery life or a small savings on a utility bill.

That last point hits home hardest for the folks running systems that stay on all of the time. As capacity needs increase, the number of drives needed to hold all of that data increase, taking power use along for the ride. Take your always-on PC, add a five-drive NAS, factor in an HTPC responsible for recording your favorite shows, and suddenly your house starts mimicking a small business' power profile.

But now you have one or more SSDs. Whether you made the decision to ditch magnetic storage because it was too slow, too loud, or too power-hungry, it's time to consider the next step.

Almost all of the tests we run emphasize the performance of storage with as many other variables as possible factored out. Only recently did we start folding in the effects of a file system in Intel SSD 520 Review: Taking Back The High-End With SandForce and OCZ Vertex 4 Review: A Flagship SSD Powered By...Indilinx? For this piece, we're going to go into more depth on file systems with a focus specifically on Windows users, since our rigs in Germany are all Windows-based. That means it's going to be a shoot-out between FAT32, NTFS, and exFAT.  But first, you ask...

We're glad you asked! File systems take care of organizing files by providing the means to store, retrieve, and modify data on a given physical device, such as a hard drive, array of flash memory, or optical disc. The file system is very much the operating system's bookkeeper, and it may interact with or be part of other protocols like NFS or SMB to support network access to mounted file systems. It has to manage storage capacity, data placement, directories and file names, metadata, data integrity, and access permissions. With all of that said, a file system’s features and capabilities should match the device it is being used on, as well as the desired application purpose (journaling and versioning might be useful in different situations where data integrity is stressed).

There is a plethora of different file systems, but only a few are actually relevant for Windows users with flash-based storage devices. FAT32 and NTFS are probably the most popular file systems in the Windows world, but there are numerous other file systems in the wild. Mac users are familiar with HFS+. Ext3 and ext4 dominate the Linux segment. SCO has HTFS. UFS is for Solaris and BSD. HP-UX runs VxFS, and so on.

One of the newest entrants onto the scene is exFAT. It was originally designed by Microsoft as an extension (it stands for "Extended File Allocation Table) of FAT32 for flash-memory devices, but it has also been supported by Mac OS since Snow Leopard 10.6.5. Although Microsoft has a patent on exFAT that could hinder adoption on other systems in the long run, we decided that it’s time for a little shootout between NTFS, exFAT, and the older FAT32, which is still popular because of its cross-system compatibility. One quick note for Mac users: we wanted to give a nod to HFS+ in our run-down of file systems, even though it isn't compared in our tests. If you want a better idea of how HFS+ compares, check out the two previously linked reviews, which include a lot of performance data on a number of popular SSDs!

Current page: What's A File System? Does It Matter?