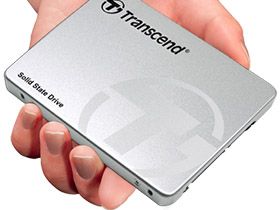 Transcend continues to fight for SSD sales, but going up against flash manufacturers is a tough game. The SSD370S usually sits firm on pricing while others ride the tide up and down. Choosing this SSD over others often depends on prices dictated by other companies.

Now that Crucial has discontinued the BX100 and replaced it with a TLC-based disaster, other entry- and mid-level SSDs have an opportunity to shine. Transcend's SSD370S uses roughly the same configuration as the BX100 and Mushkin Reactor—two products that offer excellent value at the 512GB and 1TB capacity points.

This is the second SSD370 we've tested. The first, a 256GB implementation, shipped to us in a plastic case with undesirable SpecTek flash (read the Transcend SSD370 Review). After discussing that drive's issues with Transcend, we learned that the aluminum SSD370S differs from the base SSD370 in more ways than its product page indicates. Transcend tells us that its SSD370S employs Micron flash exclusively, addressing our biggest concern with the SSD370.

As a result, we expected our SSD370S to utilize genuine Micron 16nm synchronous MLC, but that's not what we found when we opened the SSD up. Transcend is either packaging flash, or purchasing NAND at the wafer level and having it binned and packaged. There is no way for us to tell what type of flash the SSD370S actually uses, other than to take Transcend's word that this model ships with the Micron stuff it claims.

Transcend released its SSD370S in capacities ranging from 32GB to 1TB. The two largest models offer the best value and serve up the highest performance. Transcend isn't explicit about each capacity's performance, but rather conveys specifications with an "up to" ceiling.

The SSD370S uses a rebadged Silicon Motion SM2246EN controller paired with Samsung DDR3 and Micron 16nm MLC synchronous flash. According to Transcend, sequential read performance tops out at 560 MB/s and sequential writes peak at 460 MB/s. Random reads and writes are both rated at 75,000 IOPS. That number is higher than what Mushkin specifies its Reactor for, but lower than Crucial's no-longer-made BX100.

The drive ships with a desktop adapter bracket, mounting screws, a paper manual, an installation guide and a few advertisements for Transcend's other products. This model also works with Transcend's SSD Scope software for easy access to secure erase, viewable wear indicators and other tools.

The SSD370S ships in a retail-friendly package that lists performance specifications and limited warranty terms. It's rare to get a desktop adapter these days, but we don't mind the value-add.

Everything about the drive's physical dimensions is standard. Its 2.5-inch form factor features a 7mm z-height, so it fits in newer notebooks that require the slim design. You can only get the SSD370S in a silver-painted aluminum enclosure adorned with a few logos.

Inside the SSD, we find Transcend's TS6500 controller, a rebadged Silicon Motion SM2246EN with custom firmware. This is a low-power, four-channel processor that supports DevSlp. Transcend pairs its controller with Samsung DRAM and Micron 16nm MLC flash.

Next Page Four-Corner Testing
6 Comments Comment from the forums