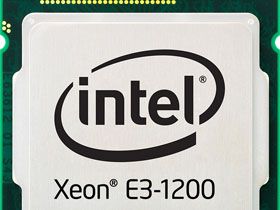 Back in 2011 Intel introduced its Sandy Bridge architecture, which went into a lot of the company's mobile, desktop, and server products. Before that, the Nehalem design did the same thing, driving a litany of products with familiar code names: Clarksfield, Bloomfield, Lynnfield, Gainestown, and Beckton should all bring back some fond memories. In fact, if you look back in history, there are a great many examples of Intel leveraging its work across multiple segments, optimizing each configuration as needed. With Haswell, that effort continues. We've already looked at the architecture's significance in the mobile and desktop spaces. Now it's time to visit the workstation and entry-level server market with Xeon E3-1200 v3.

A number of the product portfolio's features remain persistent between the Core and Xeon markets, just as they have since the Sandy Bridge era, when Intel introduced its first Xeon E3-1200 CPUs:

Comparatively, Intel's high-end Xeon E5 brand, intended for more compute-intensive workloads, supports up to quad-channel memory configurations and registered DIMMs. That gives those LGA 2011-based platforms the ability to address hundreds of gigabytes of memory. Back when Sandy Bridge first surfaced, 32 GB seemed like a lot of RAM for a small server or workstation. In 2013, we see high-end desktops sporting that much (particularly easy across eight memory slots).

As you shop for business-class hardware, it's important to keep your application in mind. Do you need multiple processors in a machine? Is power consumption a big concern? How about price? From the Xeon E3 through the E5 line-ups, there exists a spectrum along which certain target environments fall. Xeon E3 is most definitely about small business servers, entry-level workstations, and density. Think Web hosting, light design work, and centralizing data in a branch office.

A notable feature that the workstation-oriented Xeon E3 models offer is the availability of Intel's HD Graphics P-series engine on-die. Hardware-wise, it's very similar to what you get on the desktop Core i7s. But Intel provides a special driver with the Xeon that is certified for applications from Autodesk, Adobe, SolidWorks, and Siemens. Naturally, discrete GPUs make the most sense in a high-end workstation. But in a more mainstream box, HD Graphics P4600 and ECC memory come together as a solid combination. It's only unfortunate that you can't get a professional derivative of the Iris Pro 5200 in the Xeon E3 line-up.

Intel employs the same naming convention as the previous two generations, illustrated in the graphic below. Today's story centers on the company's Xeon E3-1275 CPUs, but you can clearly see (and appreciate) that Intel is maintaining nomenclature consistency. This might have been difficult to decipher at first. Three architectures in, though, we know right where everything goes.

During the course of this piece, we'll look at the key similarities and differences between Sandy Bridge, Ivy Bridge, and Haswell, and what they mean for each workstation chip's performance. We're also digging into the platforms from Supermicro that we used for testing. After all, they're equal citizens in the quest for reliability in a professional environment.