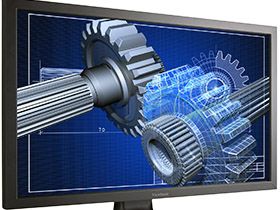 A few months back, we benchmarked the current crop of workstation graphics cards in some of the latest titles, just for kicks (How Well Do Workstation Graphics Cards Play Games?). At the same time, we were in the process of putting the latest FirePro and Quadro products through our professional graphics suite, along with a number of desktop-oriented gaming boards. Well, after literally several hundred hours of benchmarking, we have the data to go along with that follow-up story (and the results that go into our Workstation Graphics 2013 Charts).

Our field of contenders includes all of the heavy hitters. We have Nvidia's flagship Quadro 6000, as well as AMD's FirePro W9000, though our focus is more on the sub-$1000 category, since that's more in-line with practical budgets, even in the professional space.

A lot of readers requested that we also include desktop-oriented cards to see how they compare in workstation-class applications, so we added seven of those, too. It's actually interesting to track their performance in workloads like rendering, 2D drawing, and CAD with DirectX graphics output.

Here's a list of all of the cards we benchmarked:

What We Couldn’t And Wouldn’t Include

AMD wasn't able to send over a FirePro W600 for our comparison. Interestingly, the company was willing to send over a FirePro S10000. This is a shame, since we wanted to dedicate analysis to the W600, since Nvidia doesn’t offer anything even remotely like it. A single-slot graphics card that can drive six monitors or projectors at the same time, and can even output six different audio streams would have been worth the effort, we think. Meanwhile, the FirePro S10000 card mentioned above, as well as Nvidia’s Tesla cards, are just too big for this story, though we do have a piece in the works covering Tesla. We also didn't include Nvidia's smaller Quadro 400 or 600, since they would have taken forever in some of our benchmarks, and wouldn’t have generated useable results in others due to their very limited performance.

Next Page Benchmark System, Drivers, And Software
Topics
AMD
Graphics Cards
Nvidia
Quadro
Workstations
48 Comments Comment from the forums
Be In the Know