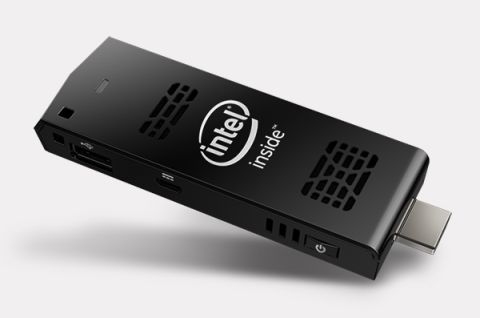 Overall, the Intel Compute Stick performed as expected. The Dell Venue, Lenovo Thinkpad and HP Elitepad G2 all have faster processors than the Compute Stick's 1.33 GHz Atom Z3735F. The Dell uses an Atom Z3775D (2.41 GHz), while the Lenovo and the HP both use the Atom 3795 (2.4 GHz and 1.6 GHz, respectively).

When comparing the memory test results, the Dell has 2 GB of RAM, similar to the Compute Stick, while the HP and Lenovo ran on 4 GB of RAM. It's interesting to see that the Compute Stick fared almost as well in the Single-Core test against the two tablets with twice the memory in them.