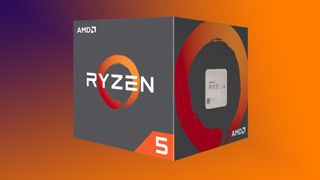 We’ve seen lots of AMD Ryzen deals this Black Friday and Cyber Monday season, but most have been for second- or third-gen Ryzen CPUs. The Ryzen 5 1600 is a first-gen part, which means it’s not as refined or efficient as its newer counterparts. And it lacks AMD’s latest Zen2 architecture for improved memory support.

But at just $85 for the Ryzen 5 1600 on Amazon for 6 physical cores and 12 threads, this AMD deal is enticing. You also capable Wraith Spire cooler in the box, which should allow for some decent overclocking. This deal is well worth considering if you’re after a powerful chip for a budget or mainstream rig at a low price.

The Ryzen 5 1600 has a base clock of 3.2GHz and the ability to boost up to 3.6GHz at stock speeds. Of course, it’s also unlocked for overclocking. And the included Wraith Spire cooler is rated at 95W, which should give you some decent thermal headroom given that the 1600 is a 65W part.