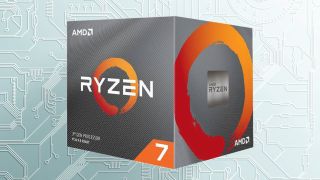 The price drop is likely due to AMD announcing the Ryzen XT 3000-series today, which introduced us all to the Ryzen 3900XT, 3800XT and 3600XT. Regardless, we don't expect those CPUs to offer a massive gain in performance over the standard Ryzen 3000 CPUs. The Ryzen 7 3700X is still a great chip with eight CPU cores and 16 threads. Slotting into the AM4 CPU socket, the chip supports DDR4 RAM and runs at a base clock speed of 3.6 GHz with a max boost frequency of 4.4 GHz.

In our AMD Ryzen 7 3700X review, we recorded the CPU hitting an average 140 frames per second in The Division 2 on Ultra settings. It also scored 16,616 on PCMark 10’s Excel benchmark. That’s good performance for its clock speed, which we attributed to the Ryzen 3000-series’ generational IPC uplift.

AMD’s non-mobile Ryzen 4000 series has yet to be announced, but the Ryzen 7 3700X should keep you set in the meantime.