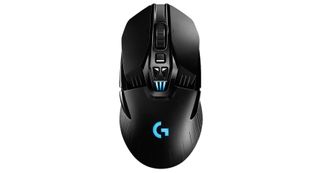 Logitech's G900 landed back in 2016, which was later followed by the G903 Lightspeed, and then again with the G903 Lightspeed Hero. The latest iteration is now at its lowest price ever, available for $99.99 on Amazon, which although still a steep price for "a mouse" is a great price for this mouse.

The hero variant comes with an improved sensor that can sense up to 16,000 DPI (or as low as 100 if you're looking for the ultimate sniper mode) and a battery that can last up to 140 hours with the lighting enabled. That final figure is a serious improvement over the battery life of the non-Hero variant of the G903 which only lasts 24 hours with RGB enabled. I personally use the very similar G900, and whilst I love the mouse, I'm not particularly happy with its battery life, so do yourself a favor and consider this Hero variant.

If you're a little strapped for cash but do have your heart set on the G903, you can save yourself $21.70 and go for the non-hero version. Paired with a Logitech G Powerplay wireless charging system battery life won't be an issue for either of these mice.

The G903 Lightspeed Hero also has an ambidextrous design and can be altered to have its navigation buttons either on the left, right, both sides, or none at all. It also comes with adjustable weights and Logitech's Lightsync RGB lighting system. The lightspeed connectivity ensures that as far as performance goes, you certainly won't notice that it's a wireless mouse.